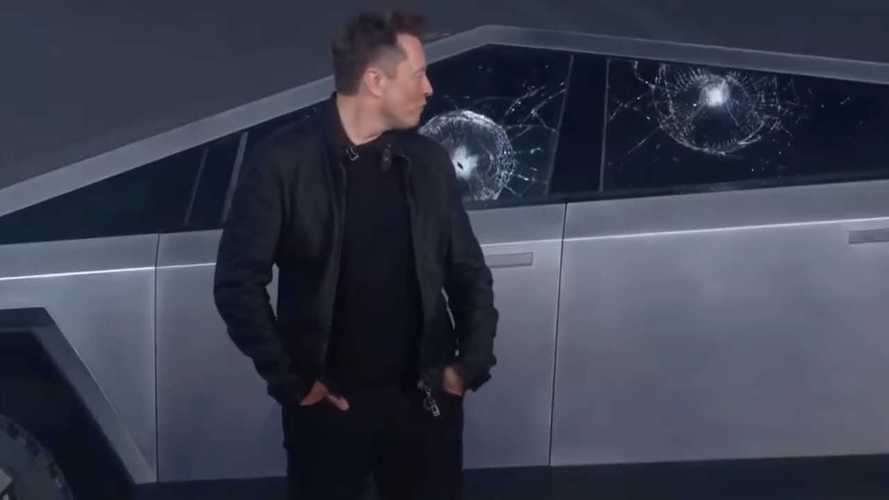 (Disclaimer: I am not a financial advisor and am not giving any financial advice here. Before considering any investment of any kind you should do your own due diligence. I also do not currently own a Tesla vehicle.)

Often, people who spread FUD twist facts to suit their narrative or sometimes they make statements of opinions as if they are facts.

Why Is There So Much Tesla Hate? Keying, Vandalism, Abuse, FUD

One example of this is an article I read a while back, written by Stephen McBride. Several of his comments are parroted from one spreader of FUD to another. So, they serve as good examples of some of the laughable FUD that is perpetuated. I do agree with a few of his statements, but not with the same anti-Tesla viewpoint that Mr. McBride takes.

The first point McBride puts forward is that a first-mover advantage does not necessarily mean that the first-mover will always remain in the lead. This generalization is often true. There are plenty of examples of companies that were the first to popularize a technology or product and were later eclipsed by a competitor. MySpace social network comes to mind as one example.

Tesla is not immune or impervious to this possibility. However, McBride goes on to make the blanket statement, "More often than not, the 'first mover’s advantage' turns out to be a curse."  He is implying that Tesla is doomed to fail. However, Tesla has such a wide lead on the competition that playing catchup seems difficult at best. Furthermore, the longer other automakers drag their heals, the greater the disparity becomes.

The one area of true vulnerability that Tesla could have is an unforeseen leap in battery tech. EVs are all about the batteries. Having efficient motors is important. Having great power management software is important. Having an impressive infotainment system is good. But, a battery tech leapfrog that would give a competitor significantly less expensive and better batteries could lend the competitor a big advantage.

If, for example, Mercedes-Benz's partnership with IBM Research proves to make a better battery, that could give it a real shot at getting a leg up (1). There are, though, a plethora of touted battery breakthroughs, for example, Innolith.com's alleged 1 kWh/kg battery. If any of these purported battery improvements actually becomes viable and Tesla does not grab it, then Tesla's future could come into question. Elon Musk has rightfully shown skepticism in purported battery breakthroughs. The one improvement that we know Tesla did take seriously is Maxwell Technologies, which they acquired. We can hope that Tesla will be in the forefront of any significant new battery technologies. But, it is true that it may not happen.

McBride goes on to play the competition card. This is the same rhetoric that Jim Chanos, Mark Spiegel, and others have pushed forth for years now. We have yet to see a true Tesla competitor. The only true competition that Tesla has had is itself. The Model 3, with it's updated battery and motor tech, has most likely impacted the sales of Model S and Model X.

The problem with the competition thesis is that the supposed competitors are producing product offerings that some see as behind the times. It may be a little too early to say for sure, but I think possibly the $70,000-plus 220-mile range EV market has already been tapped out, by Tesla. Perhaps a year from now we'll be able to assess with confidence if that is true. I can’t help but wonder if YouTuber Matt Ferrell is correct. He theorizes that Tesla has set the EV bar so high that EV buyers naturally gravitate to buy a Tesla. This results in low sales volumes for the competition. He fears that this may inhibit the overall EV market and thus EV adoption.

We know that Model S and X sales have fallen off. I think it's very possible though that all Tesla has to do is to update its battery tech. I suspect that if Tesla modernizes the S and X battery packs, healthy sales will rebound. This is in spite of Elon's comments of only continuing to produce them for nostalgic reasons. We can look to YouTuber Dan Markham, "What's Inside? Family" for insight on this. He traded his Model X for a Honda Accord (2). If only it had greater range or faster charging he may have reconsidered. Those are both features that the current Model 3 battery tech could provide. If next-gen Tesla batteries are employed, then surely future S and X models could be as big a hit in their respective categories as they ever have been.

McBride mentions Tesla as being a dog in China. The irony here is that Tesla isn't the real first- mover in China. BYD Automotive, the number one EV maker, has been around since 2002. It has been making plug-in hybrids since 2014. So, according to McBride's theory, BYD is the established first-mover there. It is the one that should be in fear of being dethroned. Price competitive Model 3s are finally being delivered in China. I think we'll know within the year just how well Tesla is doing there. If Tesla can successfully establish its brand as the status symbol to have, then it should do well.

McBride goes on to talk about EV sales in Europe. He makes the funny statement, "In some parts of Europe, more than 50% of new cars sold are electric."  It's funny because he's afraid to mention the country by name, Norway. It's also funny because a big reason that EV sales are over 50% in Norway is because of Tesla. Over 30% of the EVs sold in Norway in 2019 were Teslas.

He goes on to argue that the market will be "flooded" with new EV models soon. We can easily look at what McBride says about China to see that such an argument is irrelevant. As he pointed out, there are 486 electric car makers in China (mind you many of their vehicles would not pass US safety standards). Only a few of those, however, have gained real traction. A proliferation of brands and models does not mean poor sales for the best automobiles or the best brands.  What it can mean is scrambling for the crumbs. Regardless of that, we can hold on to the hope that the coming proliferation of brands and models in Europe and the US will serve to encourage EV adoption. As with any industry or market, the best products and brands will rise above the rest. In my opinion, Tesla is surely one of these.

McBride makes the statement, "Giant car makers are coming for Tesla … and as you’ve seen, all signs show they have the upper hand." It's the same thing we've been hearing for quite some time now. Personally, I'll believe it when I see it.

His point is true, though, that the sub-300-mile range EV segment is going to get very crowded in the next year or two. Happily, though, there will still remain plenty of 300-mile-plus range EV market to go around. Tesla is headed in the right direction by offering cars with greater range.  By doing so, it will not be competing head-to-head with the legacy automakers (and their sub-300-mile range products). The companies that will be hurt the most by the stiff competition that is coming may ironically be one or more of the legacy automakers themselves.

At the other end of the spectrum, there is another possible strategy that Tesla may be able to employ in the future. With battery tech improvements, they may be able to offer a moderate range EV at a price point below the competition. Given the choice of a 220-mile-range EV for $34,000 or a 220-mile-range Tesla for $28,000 (a yet to be created model) many people would probably choose the Tesla.

I can't resist putting a plug in here for the technology that I think will play an important future role in EV adoption. I firmly believe that in the future there will only be two kinds of personal vehicles sold: BEVs and RExEVs. If automakers want to have a chance to compete against Tesla, they will have to start selling long-range RExEVs. These RExEVs must have a total usable range of over 400 miles. I recently became aware of an additional company that is working on this idea, Obrist Powertrain (3).

Lastly, because this was a financial piece, McBride counsels anyone who may be willing to listen to him to avoid Tesla stock (TSLA). Sadly, anyone who would have listened to his advice would have missed out on over $100 per share gain since his article was first published.

A while back, former Tesla bear Scott Galloway appeared on a podcast with veteran tech journalist Kara Swisher. Professor Galloway explained that it was a mistake for him to bet against Tesla, partly due to the strength of the company’s products.

Professor Galloway mentioned that one of his mentors had emphasized that "it is never wise to bet against a company with a great product.”

I'll say it again, I love reading Tesla FUD.  It can be infuriating, but if approached right, it's often very humorous.