Electric Cars With The Best Resale Value For 2019 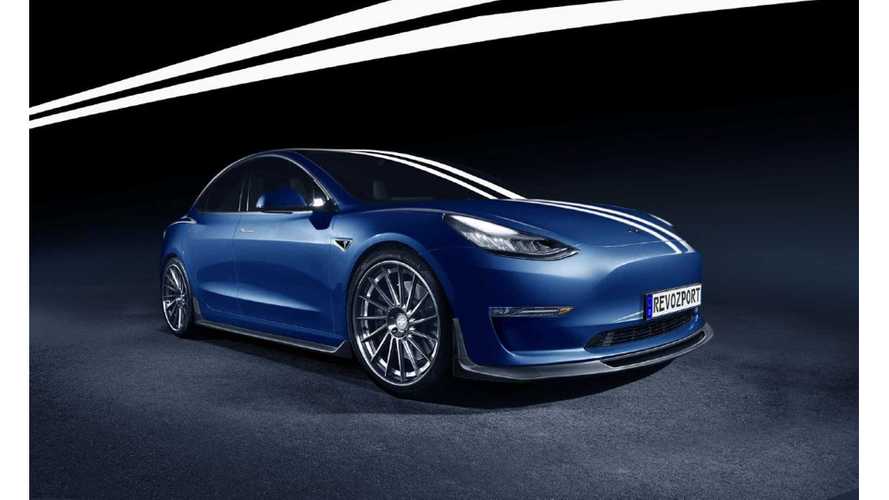 Some of the newest electric cars hold onto value very well.

In an example of the proverbial glass being both half empty and half full, electric vehicles have, for the most part, suffered from sub-par resale values. That’s bad for an original owner who’s saddled with higher ownership costs due to the more-rapid rate of depreciation, but it’s good for anyone who’s in the market for an affordable used EV.

This state of affairs is largely attributed to the federal one-time tax credit that effectively slashes an EV’s transaction price by as much as $7,500, along with relatively weak marketplace demand and many EVs’ still-limited range on a charge.

But that’s beginning to change. According to the valuation experts at Kelley Blue Book (KBB), the Chevrolet Bolt EV is joining the highly coveted Tesla Model 3 and Model X as the rare electric cars to maintain a strong three-year resale value. What’s more, new-for-2019 EVs like the Jaguar I-Pace and Audi e-tron are likewise expected to deliver stalwart trade-in returns.

It's all the range

According to KBB, models having operating ranges of over 200 miles are holding their values the best in the resale market. The Bolt EV is rated at 238 miles, with the I-Pace at 234 miles and the e-tron promising 248 miles. This effectively nixes the so-called range anxiety that tends to plague owners of older EVs that could only muster 100 or fewer miles per charge. We can probably expect the same from just-introduced longer-range models including the Hyundai Kona Electric (258 miles) the Kia Niro EV (239 miles), and the Nissan Leaf Plus (226 miles).

“EV We are currently seeing the Chevrolet Bolt hold its value at auction much better than other EVs with shorter range,” says Eric Ibara, KBB’s director of residual values. “We think range could be an important factor in determining an EV’s residual value.”

This is why Tesla, with a three-vehicle lineup that boasts the most miles per charge among all current EVs, boasts excellent resale values. The top EV in this regard is Tesla’s Model 3, which is expected to retain 64.3% of its original worth after three years. That’s within striking distance of the model KBB cites as having the best three-year trade in value among all vehicles, the Toyota Tacoma pickup truck at 69.4%. The average among all vehicles currently stands at 51.7% after 36 months.

We’re featuring the eight EVs with the best resale values as determined by KBB in the above slideshow. You may be wondering however, why the Tesla Model S, traditionally with one of the highest resale values among EVs, is not represented here. The data teams at KBB are finalizing the latest model year information and it remains unavailable at this time.

A big question mark looking forward, however, is what will happen to EV resale values when the aforementioned federal tax credits expire or are discontinued across the board, as has been proposed in Washington. As it stands, the credit is scheduled to phase out in two stages during the calendar year after an automaker sells 200,000 battery-dependent vehicles, including EVs and plug-in hybrids.

Tesla hit that mark last year, which means the federal tax break on its models dropped to $3,750 on January 1. They’ll then dip to $1,875 on July 1 and will expire altogether on December 31. Credits for General Motors’ plug-in models, including the Chevrolet Bolt EV, will begin to phase out on April 1.

In the meantime, used EV buyers can find some outstanding deals among the myriad models listed for sale here on MYEV.com. This is also an ideal venue for selling a used EV, with 100% free listings.

The current-generation Kia Soul EV, with an estimated operating range of 111 miles on a charge, is expected to hold onto 29.0% of its original value after three years, according to Kelley Blue Book. We’d expect this to change moving forward, as a redesigned Soul EV coming for the 2020 model year promises an extended range of more than 200 miles.

Nissan increased the Leaf’s range on a charge to 150 miles with its 2018 redesign. That’s still on the low side compared to some of the latest EVs, which helps account for its 34.3% three-year resale value. However, a more robust version, the Leaf Plus, will debut later in 2019 with a longer 226-mile range. That model could hold onto its value more tenaciously over time.

The Hyundai Ioniq Electric is a recent entry, having debuted for the 2017 model year, but its 124-mile range is paltry by contemporary standards. That helps explain its 35.5% value retention after three years.

With an operating range at 238 miles on a charge, the Chevrolet Bolt EV maintains a higher resale value than the above models at a respectable 41.0% of its original worth.

The Audi e-tron is the automaker’s first full electric car in the U.S., and it’s an all-wheel-drive five-passenger luxury crossover SUV. Soon to reach showrooms, it’s expected to deliver a range of around 248 miles on a full charge, and estimated to hold onto a solid 52.5% of its value three years down the road.

The Tesla Model X stands out as the only large all-electric SUV on the market, and it’s strikingly styled with vertical opening doors. Delivering a range that tops out at 295 miles on a charge, the Model X is expected to deliver 52.7% of its original value after three years.

Another new full-electric crossover SUV, the Jaguar I-Pace is decidedly quick and sporty, with an estimated range of 234 miles on a charge. That appears to be a winning combination, with Kelley Blue Book predicting the I-Pace will deliver a 52.8% resale value after three years.