The ongoing military conflict between Russia and Ukraine is said to be to blame for this increase.

Tesla has just added $1,000 to the starting price of the Model 3 Long Range and Model Y Long Range models, and the reason this time seems pretty simple: a spike in the price of nickel. The metal is very important for Tesla since it is still used in the battery cathodes for its Long Range packs that equip the two aforementioned models.

For lower range versions of the Model 3 and Model Y, the price remains unchanged because they use a newer lithium-iron-phosphate (LFP) battery chemistry adopted in the second half of 2021; Long Range models are still powered by nickel-cobalt-aluminum cells that, as the name suggests, require both nickel and cobalt, neither of which is needed for LFP packs. 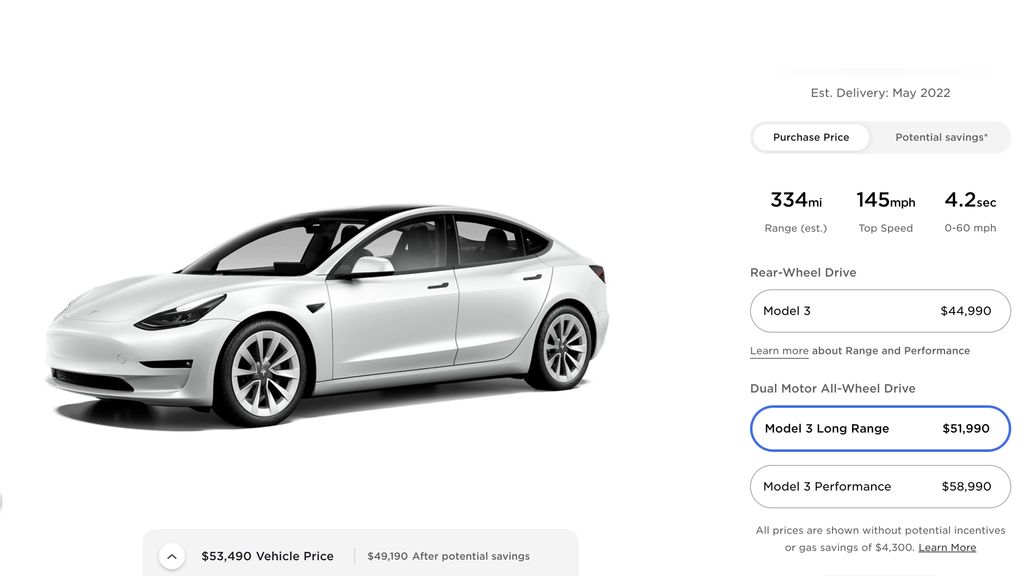 This price increase means that the starting price for a Tesla Model 3 Long Range has risen to $51,990; the same car cost from $48,000 in early 2021, but the price has gone up several times since then. The Model 3 Performance price is unchanged, kicking off at $58,990, even though it doesn’t have an LFP pack, so it still needs nickel.

The trading price for nickel has gone up 250 percent in just 48 hours (to a maximum of $10,700 per ton), prompting a halt of trade on the London Metal Exchange - this is reported to be the biggest crisis to hit the LME in its history, and it is of course prompted by the Russia-Ukraine conflict.

This is sure to have an impact on the manufacturing of electric and electrified vehicles in the foreseeable future and we can expect anything from price increases like the one enforced by Tesla or even production halts as those announced by most brands of the Volkswagen group.

⠀ Tesla Q4 and Earnings Call Surprises, Kia EV6 US Prices Revealed
Tesla To Raise FSD Package Price To $12,000 From January 17
By: Andrei Nedelea
++
++
Got a tip for us? Email: tips@insideevs.com