High Nickel Battery Chemistries Were The Most Popular In xEVs

The LFP chemistry accounts for roughly a fifth of the total xEV battery market.

According to Adamas Intelligence, over 98% of the total capacity was deployed in plug-in electric cars. It would mean over 280 GWh for BEVs/PHEVs and just several GWh for hybrids.

Even more interesting is the market share of particular groups of lithium-ion chemistries. The "high nickel" group represents the majority of the market:

The three groups vary quite significantly depending on the market. For example, in Asia (mainly in China), the share of all three is comparable, while in North America, it's mostly high nickel (the cathodes with about 60% or more nickel content).

The LFP in Europe and North America is pretty rare. 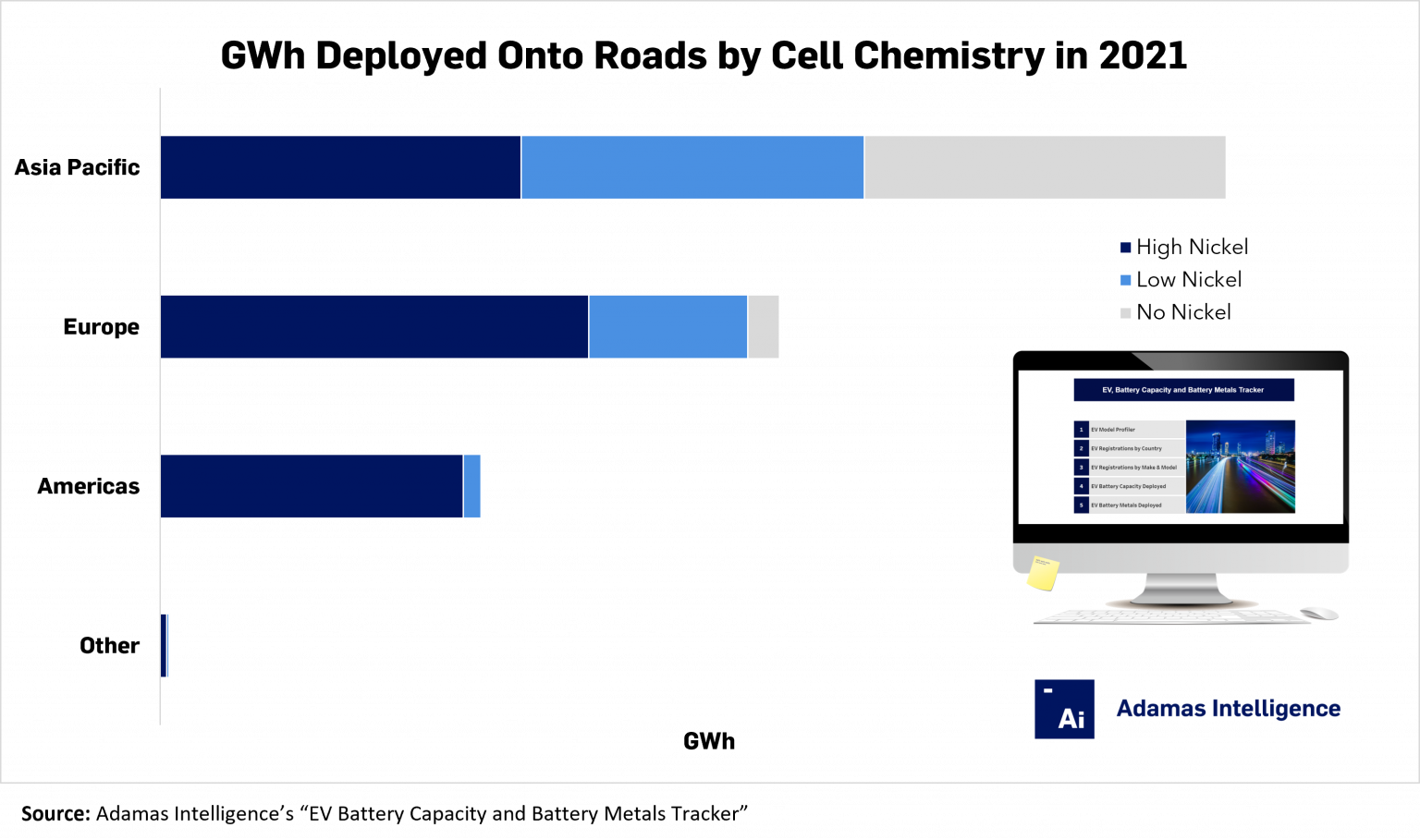 An interesting finding is that despite the fact that no nickel chemistries (mainly LFP) are responsible only for about 20% of the total, they are used in nearly one-quarter of all xEVs.

That is because usually, this type of battery has a lower total capacity. Lower energy density limits the total capacity on one end, while the lower cost encourages use of LFP in smaller, entry-level models on the other hand.

In the Asia-Pacific, the no nickel chemistries represent 34% of the total battery deployment in passenger plug-ins, but there are used in over 41% of the total vehicles. 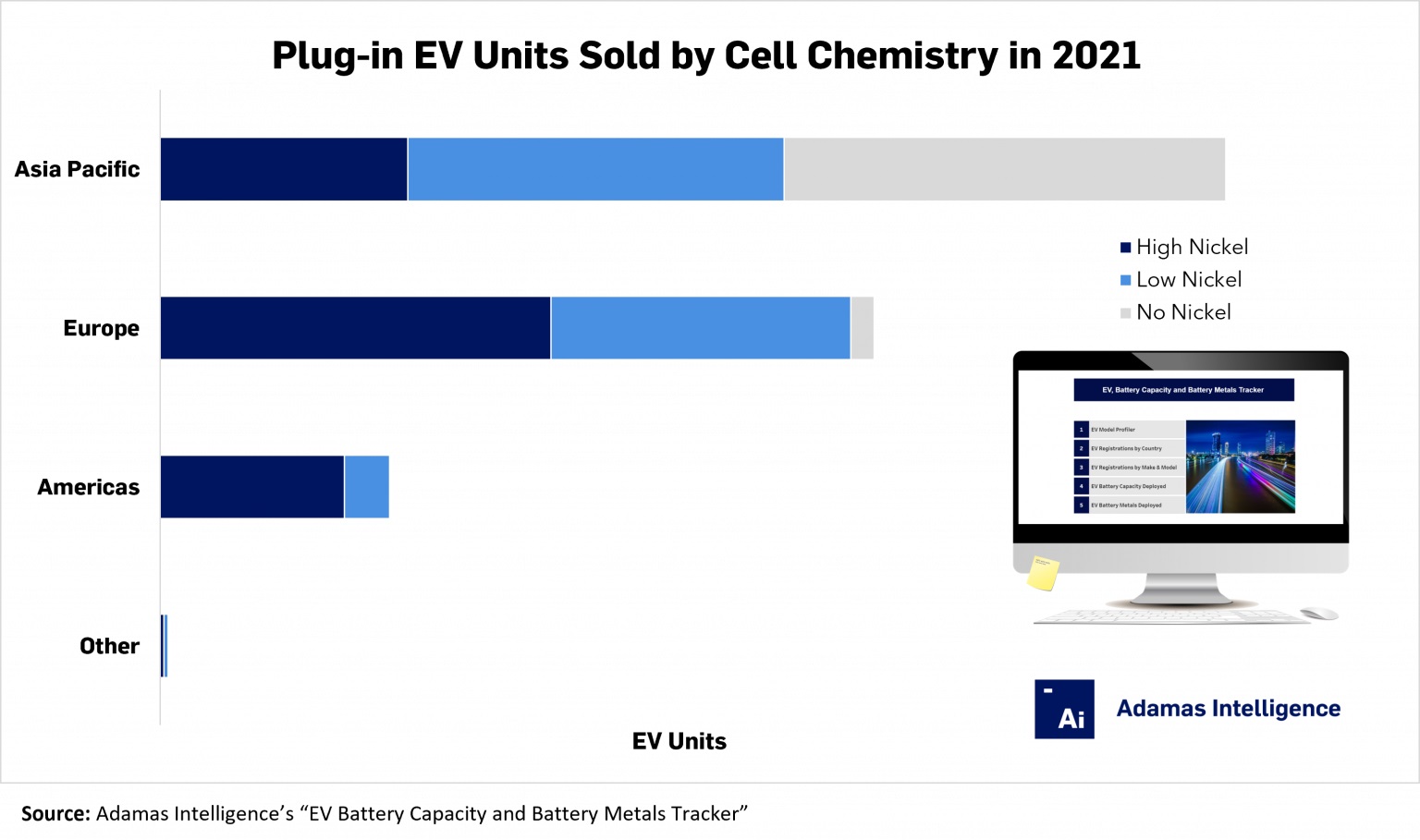 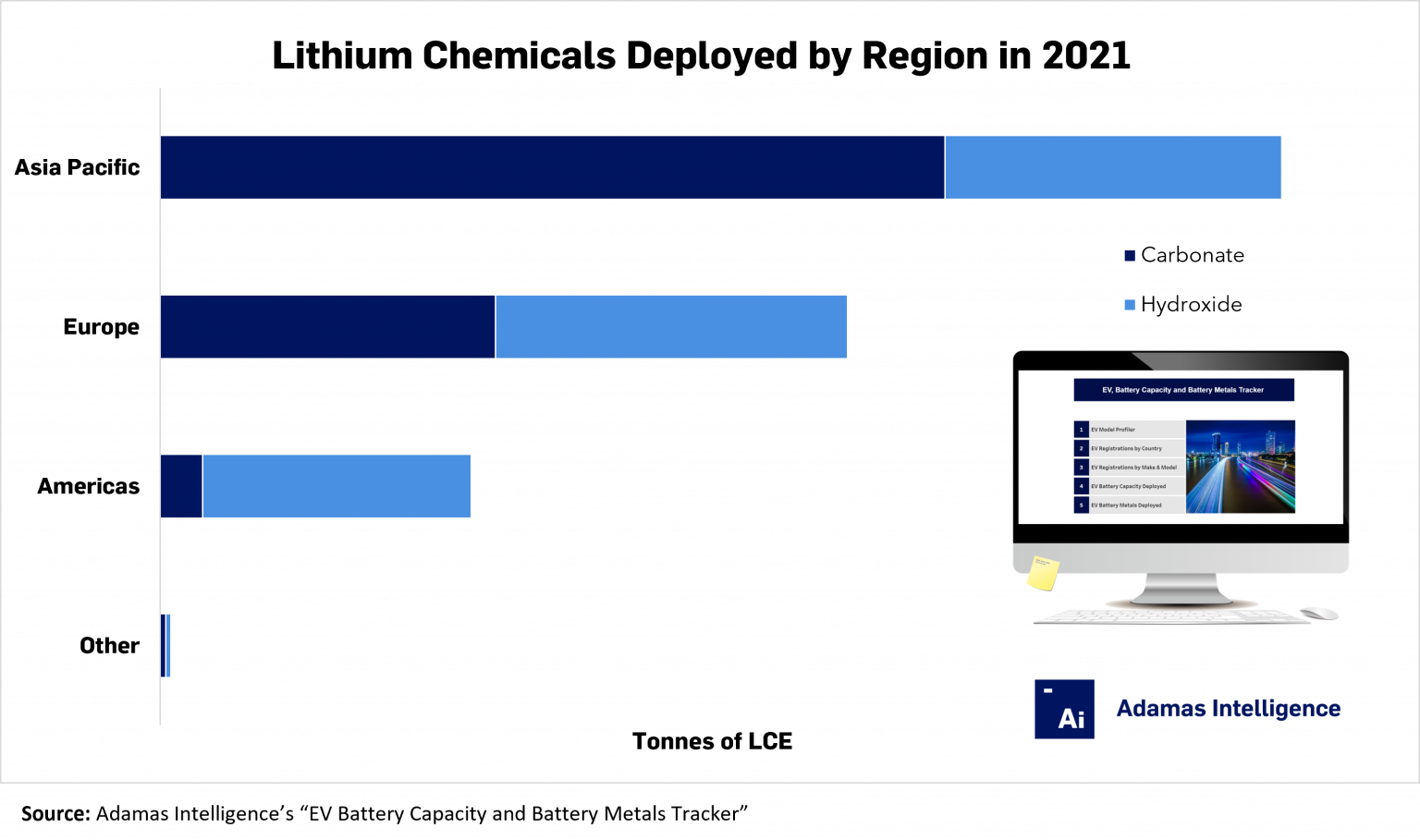