The good news is that once recycling comes into play, things should improve.

The Department of Energy’s (DOE) Vehicle Technologies Office recently highlighted the US' reliance on import of those minerals using U.S. Geological Survey data for the 2016-2019 period.

"The United States imports many of the minerals used in EV batteries, such as cobalt, graphite, lithium, manganese, and nickel, with lithium being the predominant mineral. Although use of these minerals is not restricted to battery production for EVs, they are nonetheless important for meeting the increasing demand for EV production."

As it turns out, half of the lithium and nickel, most of the cobalt, and all of graphite and manganese were imported.

The share of imports is quite significant. Not only that, there is another issue, that the import often relates to specific countries.

It means that logistic issues in a single country might potentially significantly impact the overall industry (not only battery production). 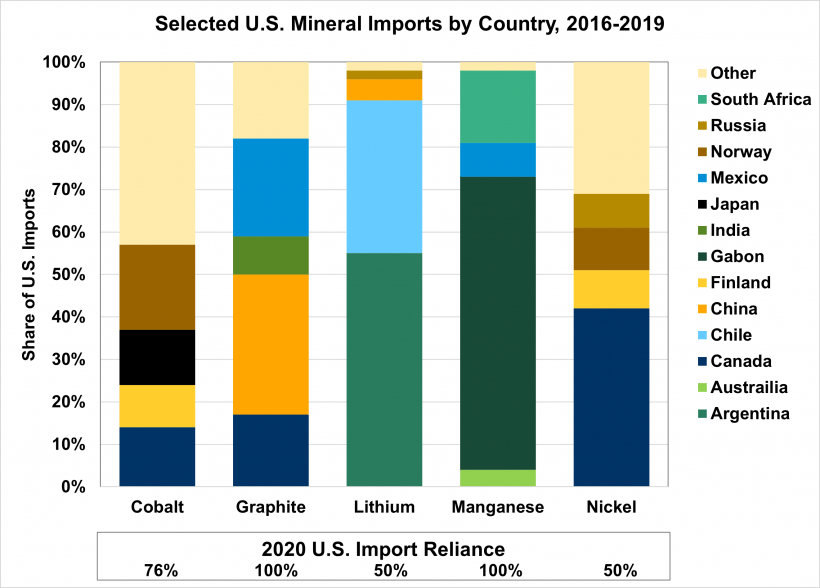 We guess that the situation will gradually improve this decade with new sources of minerals also in the US and other countries.

In the longer term, the most important factory will be battery recycling, which should allow recycling the vast majority of elements and building a close loop.

However, it will take 20 or more years until the EV market will translate from high growth into a stable market (most vehicles electric).