According to Adamas Intelligence, in 2021 about 286.2 GWh of battery capacity was deployed onto roads globally in all newly sold passenger xEVs. It's an 113% increase year-over-year, compared to 134.5 GWh estimated for 2020.

Batteries for commercial xEVs, energy storage systems or other applications are not included in the numbers.

According to the report, CATL took a clear lead in 2021, over LG Chem's LG Energy Solution and Panasonic. The three biggest players have a total market share of about 67.4% (compared to 71% in 2020).

With almost 87.8 GWh deployed (up 204% year-over-year), CATL controls close to a third (30.7%) of the entire passenger xEVs battery market. CATL's business is mostly focused on China.

LG Energy Solution noted a 72% year-over-year increase to 63.5 GWh, which is enough for 22.2% share. Most of the sales were reported in Europe. 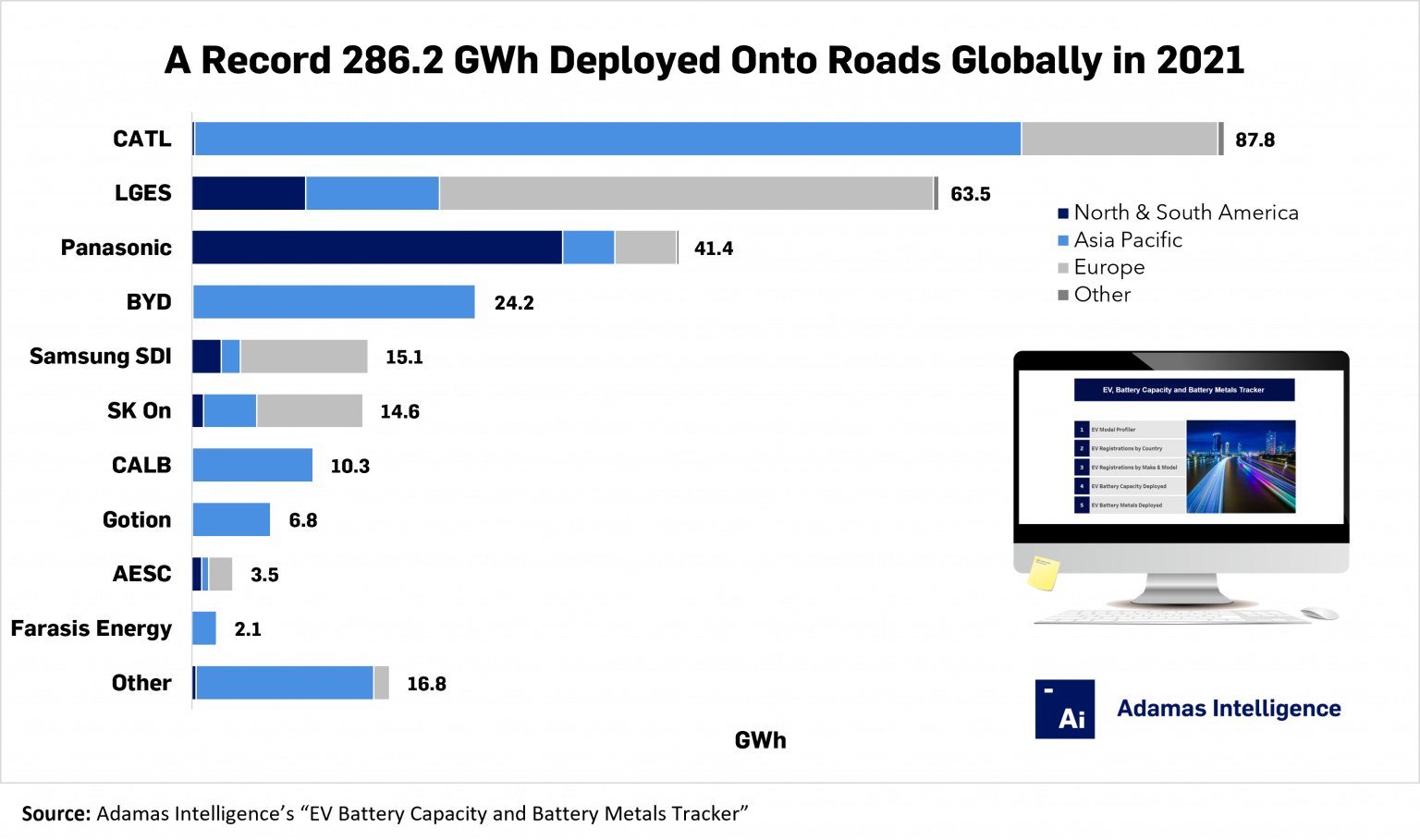 A very interesting bit of information in the Adamas Intelligence's report is the share of batteries that the largest manufacturers sent to Tesla.

Tesla alone was responsible for 23% of the total passenger xEV battery capacity deployed onto roads globally (down from 26% in 2020), which means about 65.8 GWh.

"In 2021, 21% of all passenger EV battery capacity deployed onto roads by CATL went into MIC Tesla Model 3s and Model Ys, making Tesla the cell supplier’s widest channel to market for the calendar year."

"Similarly, in 2021, 19% of all passenger EV battery capacity deployed onto roads by LG Energy Solution went into MIC Tesla Model 3s and Model Ys, making it the cell supplier’s second greatest channel to market for the calendar year after Volkswagen Group."

"Moreover, in 2021, 87% of all passenger EV battery capacity deployed onto roads by Panasonic went into Tesla battery electric vehicles of all kinds, making it by far and large the cell supplier’s widest channel to market for the calendar year."

According to the report, the average battery capacity in passenger plug-ins (excluding non-rechargeable hybrids) is between 49 and 59 kWh, as far as the three top manufacturers are concerned:

Panasonic is higher than CATL and LGES because it focuses on a very energy-dense chemistry (NCA) used in Tesla's Long Range cars (Model S/X and Long Range Model 3/Y in the US). 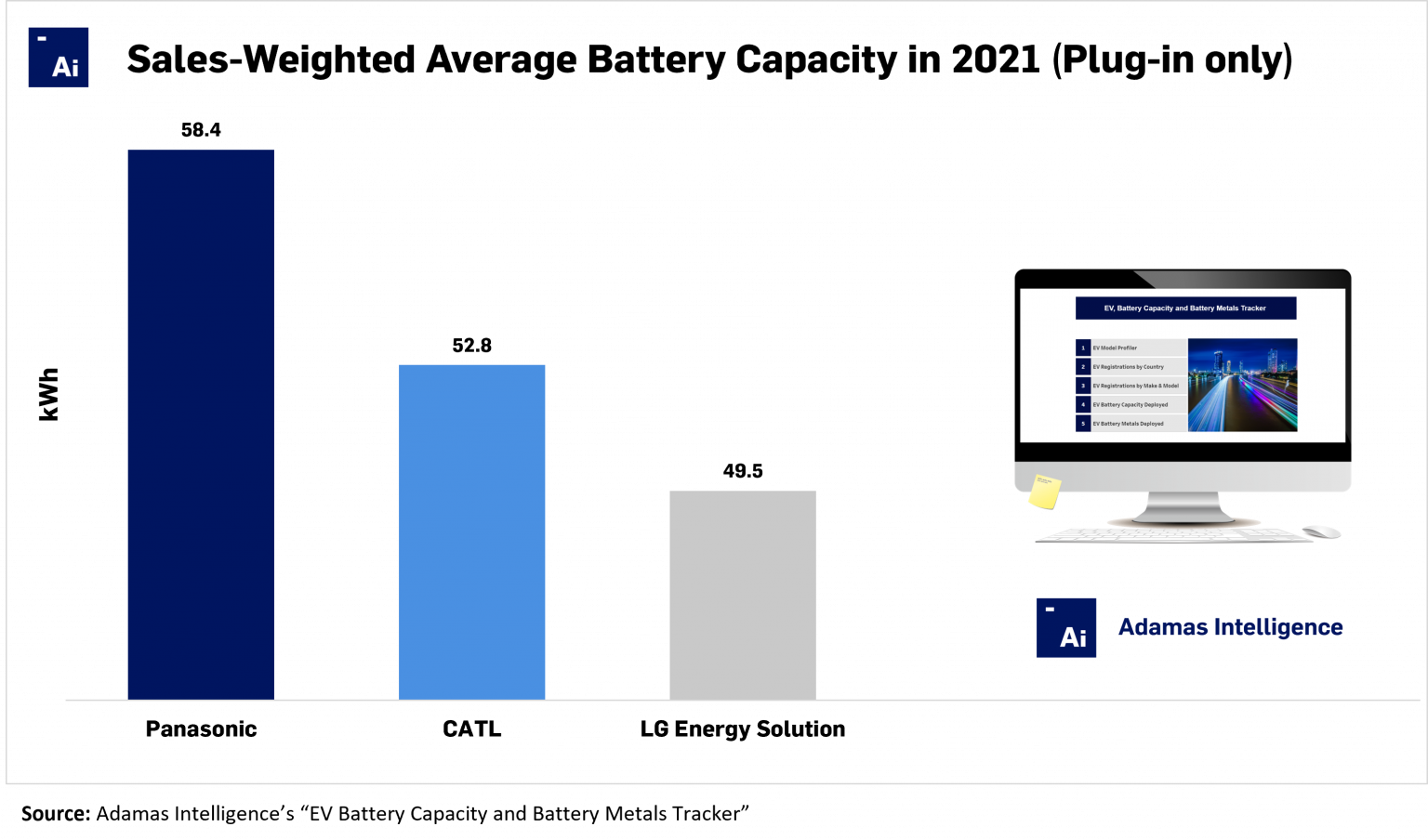