The company returned to profitability in Q4 2021.

LG Chem's LG Energy Solution announced a 10% increase in revenues in Q4 2021, which allowed it to return to profitability after the negative Q3 result - affected by the costs of the Chevrolet Bolt EV/EUV battery recall.

The company explains that "the quarterly revenue growth was mainly driven by robust demand of pouch and cylindrical battery cells for electrical vehicles and small-sized pouch batteries for IT devices." 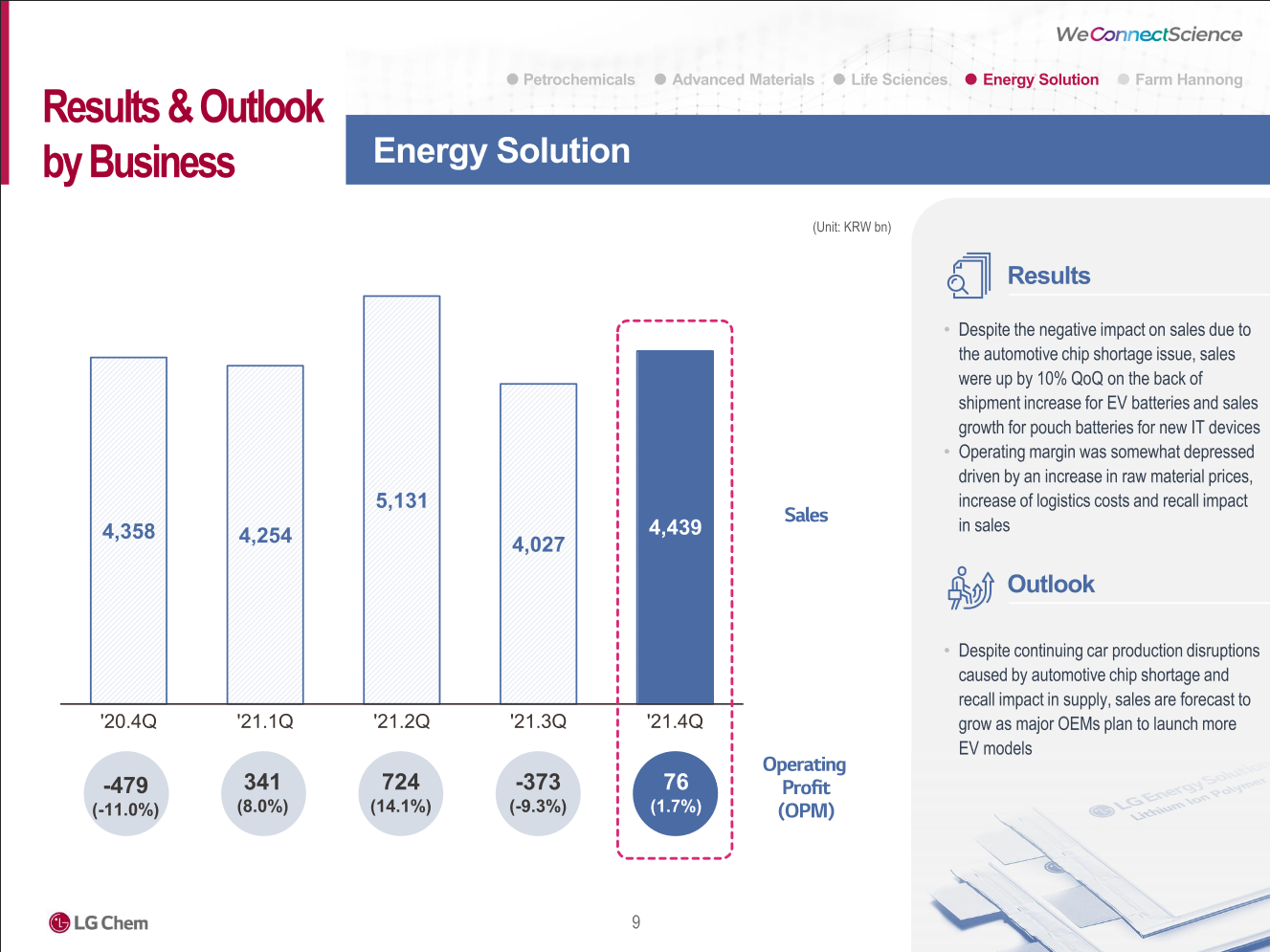 The year 2021 was closed out with almost $15 billion in revenues and a healthy operating margin of 4.3%. LG Energy Solution notes that "The booming performance comes on the back of solid demand for electric vehicles as well as cylindrical batteries for EVs and light EVs.".

It could be better, but the company was affected by battery recalls. On the other hand, the battery recall costs were partially compensated by the one-off $1.8 billion boost from the settlement with SK Innovation.

"The annual earnings result took multiple factors into account, including a voluntary recall with General Motors for Chevrolet Bolt EV batteries, a recall of batteries for energy storage system (ESS) and a lump-sum payment of license fee from another industry player. Were it not for these one-time factors, LG Energy Solution’s annual revenue would stand at KRW 16.86 trillion, its operating profit at KRW 917.9 billion."

According to Teslarati, the company would like to add to its current cylindrical and pouch battery cell formats by developing the new 4680-type cylindrical cells (pursued by Tesla). A pilot production line project for 4680-type cells was actually rumored a year ago in February 2021.

This category will include high-nickel cathode materials (containing more than 80% of nickel, to 90% by 2026), separators (a joint venture with Toray in Hungary and acquisition of the coating business of LG Electronics), CNT (Carbon Nano Tubes), thermal adhesives, anode binders, and BAS (Battery Assembly Solution), as well as a battery recycle business (partnership and investment in Li-Cycle, the largest recycling company in North America).

Tesla Hints At Transition Of All Energy Storage To LFP Batteries
Volvo And Northvolt's Battery Gigafactory Will Be Built In Sweden
++
Comment!
Got a tip for us? Email: tips@insideevs.com