But overall, it was a decent quarter for the battery division, which is poised for quick growth.

Things should be better from now since the battery production resumed, the Bolt EV production should resume on November 1, and the cost was a one-off.

The overall results for LG Chem: 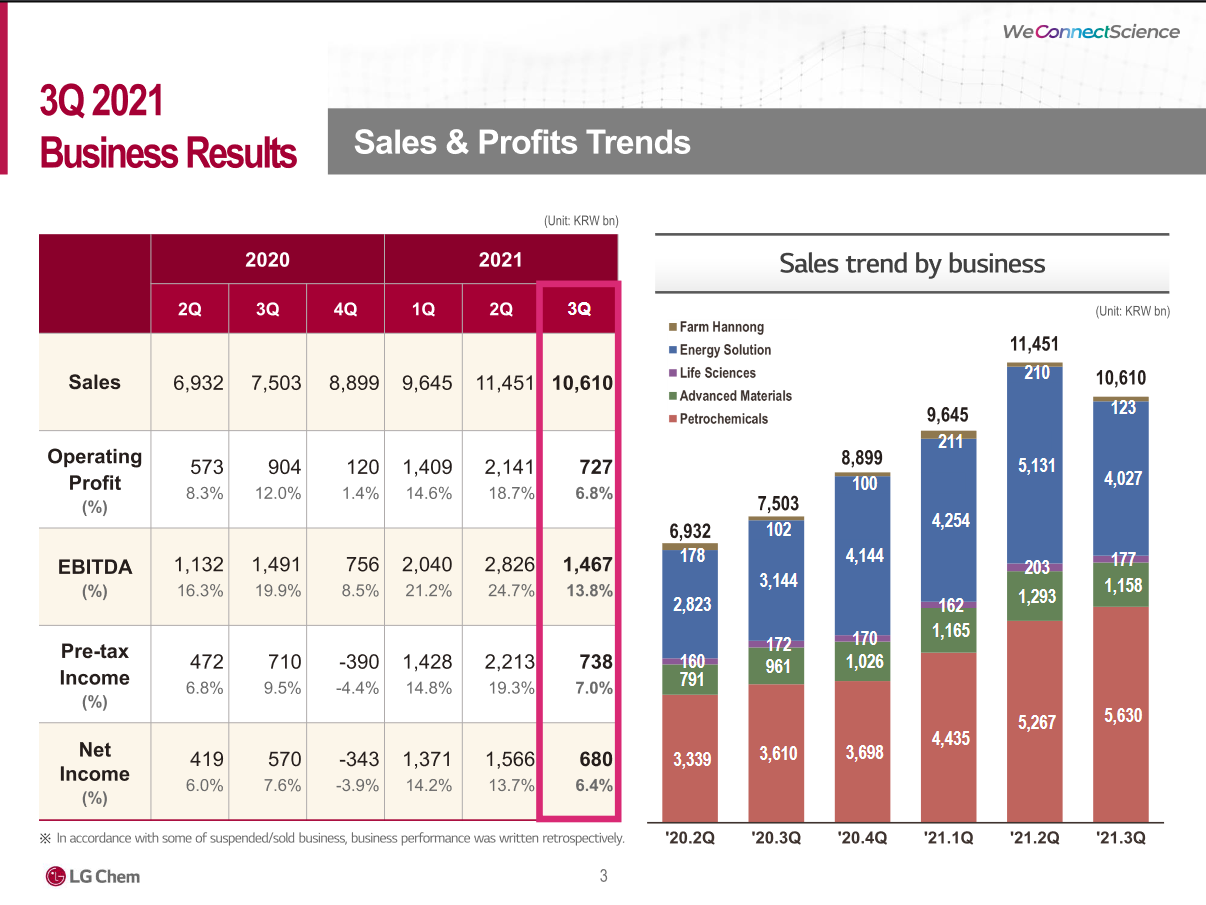 LG Energy Solution's specifically reports stable sales compared to the past three quarters, while year-over-year the business has expanded. The auto chip shortage affected the results, which suggests that the xEV production is limited.

The battery business would be profitable (without one-off items), however the recall has ruined LG Chem's LG Energy Solution profitability this time. 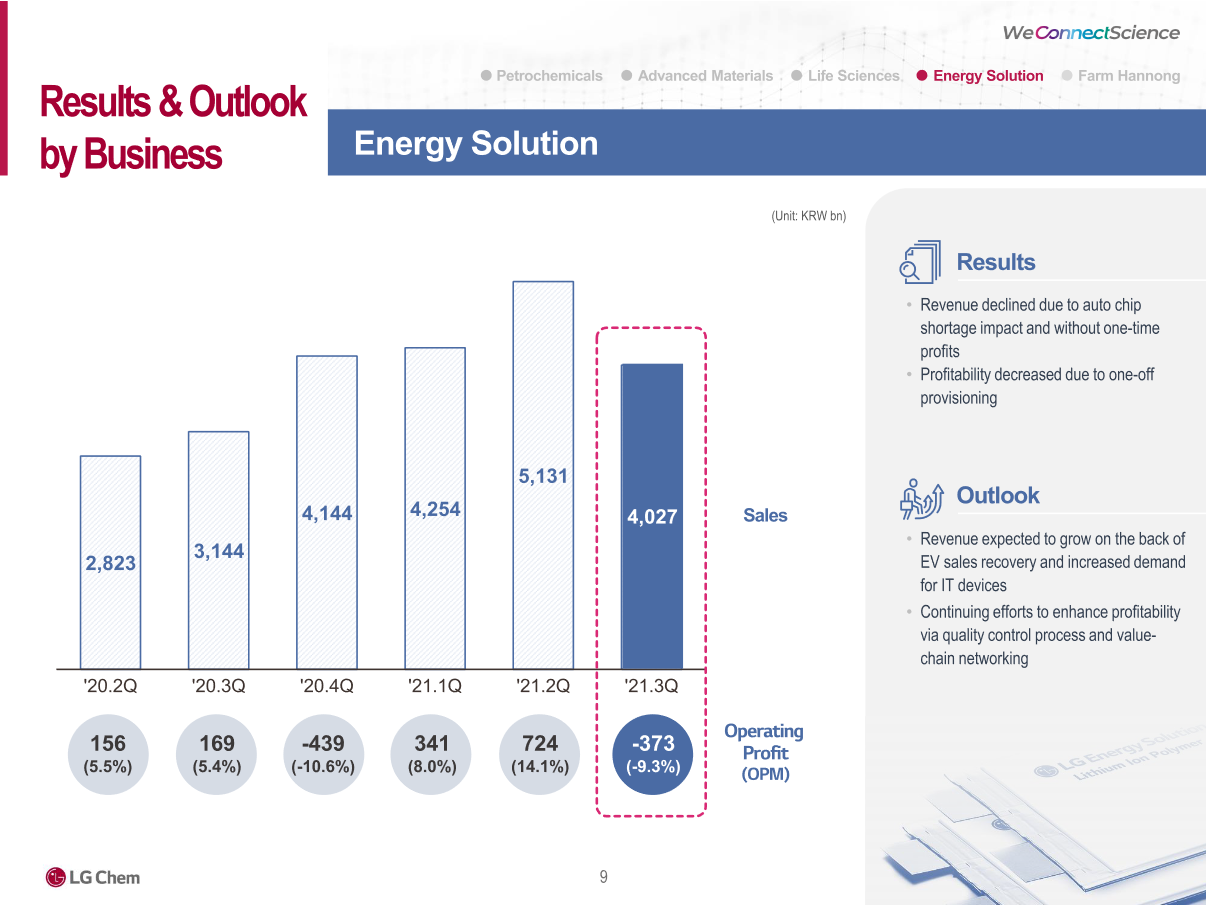 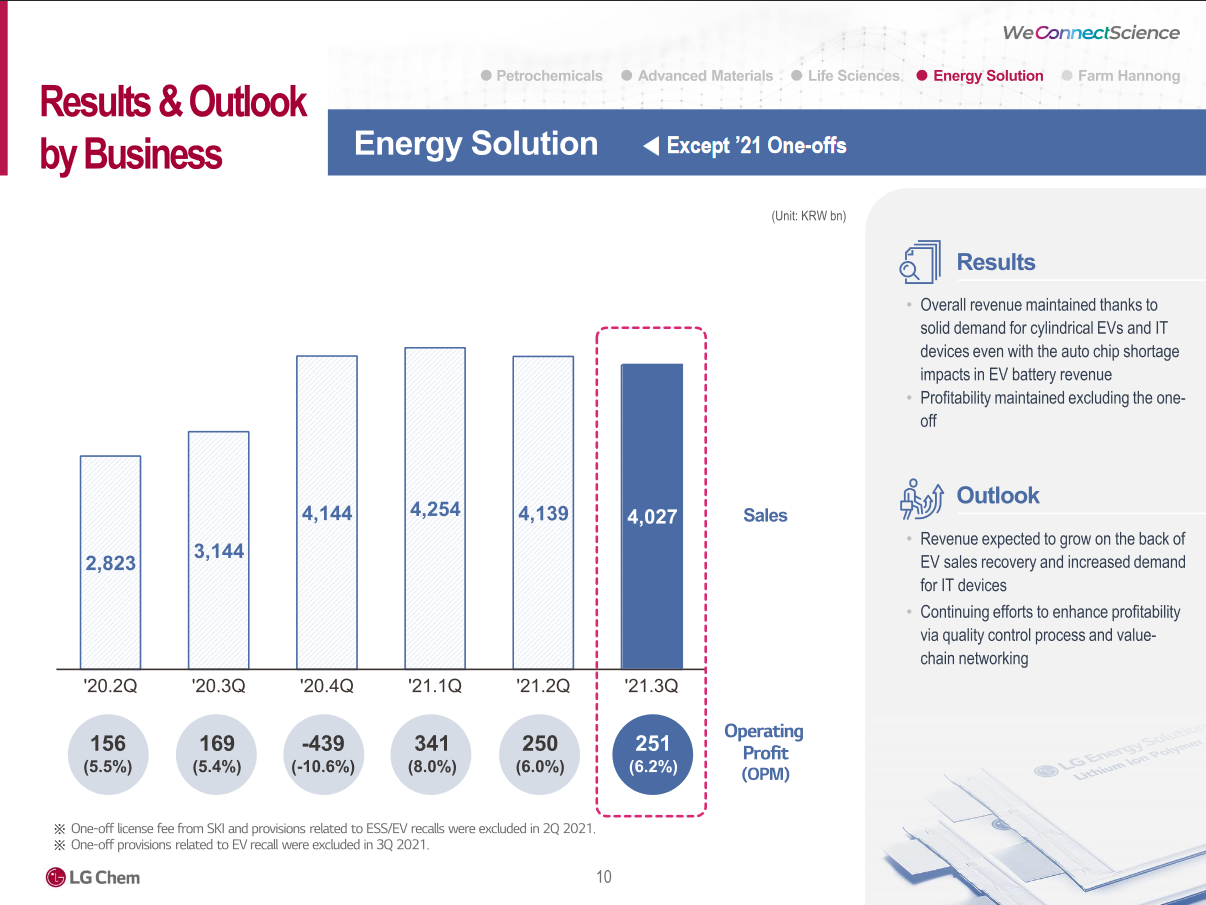 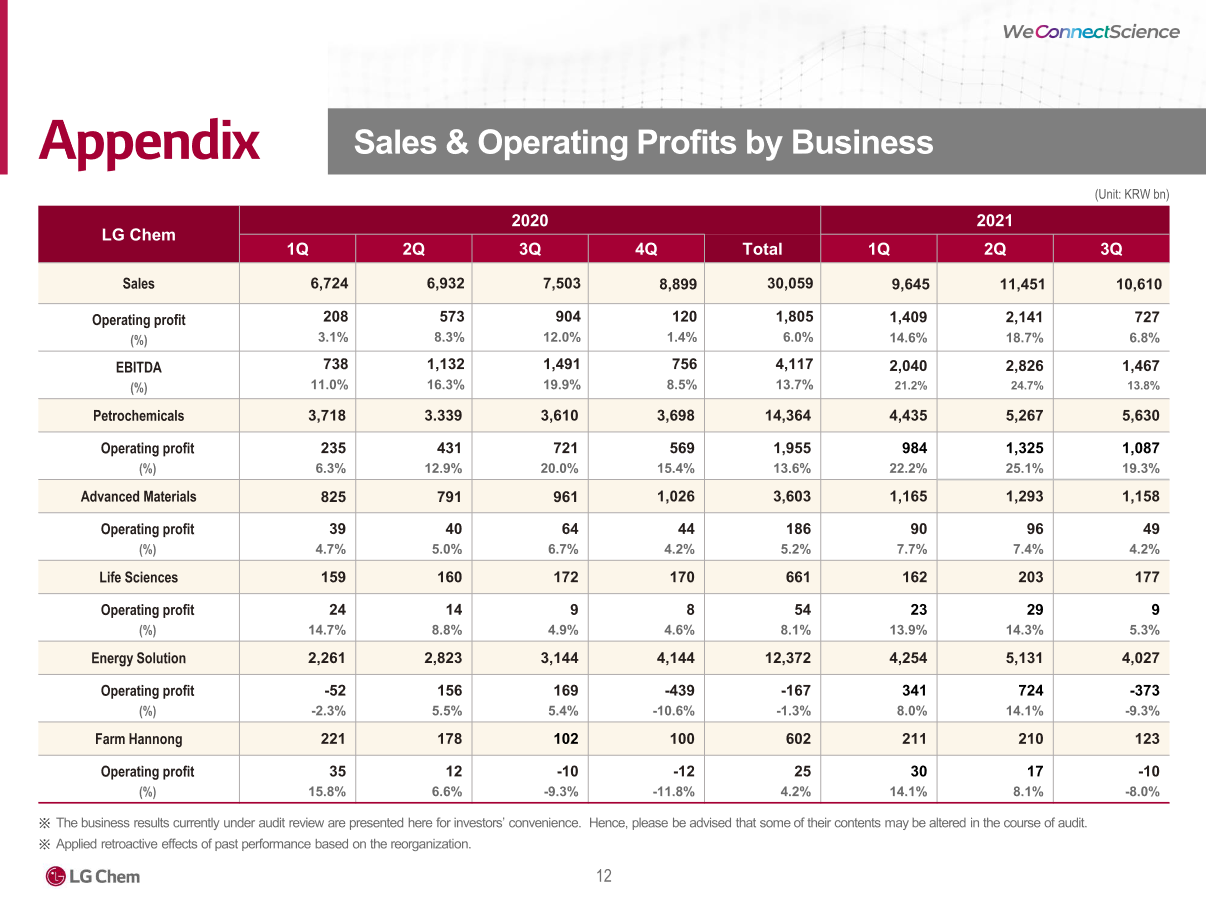 Overall, the third quarter does not look bad, despite it not being as strong as Q2. The costs of the recall were swallowed, production of batteries for GM is restarting, IPO is on the horizon and two new gigafactory projects were announced - one in Indonesia with Hyundai Motor Group (10 GWh with an option for 30 GWh) and one in North America with Stellantis (40 GWh).

In the U.S., LG Energy Solution has also a 50/50 joint venture with GM - Ultium Cells LLC, which soon will launch its first manufacturing plant in Lordstown, Ohio. The second plant of the joint venture was announced in April. It will be built in Spring Hill, Tennessee.

In China, LG Energy Solution supplies cylindrical cells for Tesla, while in the other markets most sales are pouch battery cells.