That's a $2,000 hike and Elon Musk says pricing will continue to rise “as we get closer to FSD production code release.”

As per Musk’s tweet, the revised pricing will go into effect on January 17, 2022, and will continue to rise “as we get closer to FSD production code release.”

The price bump should coincide with the release of an important new software update.

Musk did not reveal whether the price of the FSD subscription service launched last year will also see a price increase. Currently at $199 per month, it’s likely to get more expensive too, especially since Tesla aims to make the one-time purchase the best economic option.

This isn’t the first time Tesla has increased the price of the FSD package, which is an acronym for Full Self-Driving. When it first introduced the suite of adaptive driver-assist features, the FSD package cost $5,000, but the price was raised several times since its debut.

Despite the repeated price hikes, FSD still doesn’t do what its name says, i.e. drive the car all by itself. The closest thing to that is the FSD Beta program, launched in October 2021 and available exclusively in the United States.

The software enables a vehicle to drive autonomously to a destination entered in the navigation system, although the driver needs to pay attention at all times and ready to take control. That’s why FSD Beta is considered a Level 2 driver-assist system despite its name.

Owners of Tesla vehicles equipped with FSD do not automatically get access to FSD Beta, which requires a “driver safety score” of over 97. Speaking of FSD Beta, Musk also said that a new update (v10.9) should be pushed around the same time as the FSD price increase, with another bigger v11 update to come “probably next month.”

Check out these FSD Beta 10.8 videos 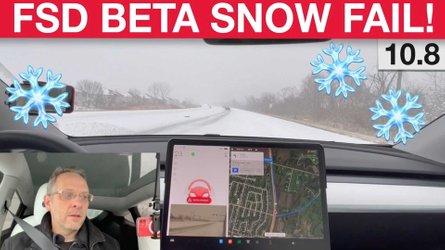 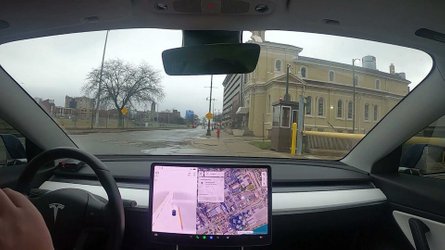 Tesla's FSD Beta 10.8 In Detroit: Are There Obvious Improvements?