The ID. Buzz van is coming later this year to strengthen the lineup.

Volkswagen Group's Volkswagen Commercial Vehicles (VWCV) noted a slight 3.2% year-over-year decrease in sales in 2021, to a total of 359,500. However, according to the company, demand is actually strong, including a 20% year-over-year increase in orders.

The results do not appear surprising, considering that the company's lineup consists of only vehicles based on the older tech from the Volkswagen e-Golf era.

The big change probably will happen once the MEB-based Volkswagen ID. Buzz will enter the market (the passenger and commercial versions). The world premiere of this new van is scheduled for March 2022.

The Volkswagen ID. Buzz will be produced at the Volkswagen Commercial Vehicles's plant in Hannover, Germany starting this year. 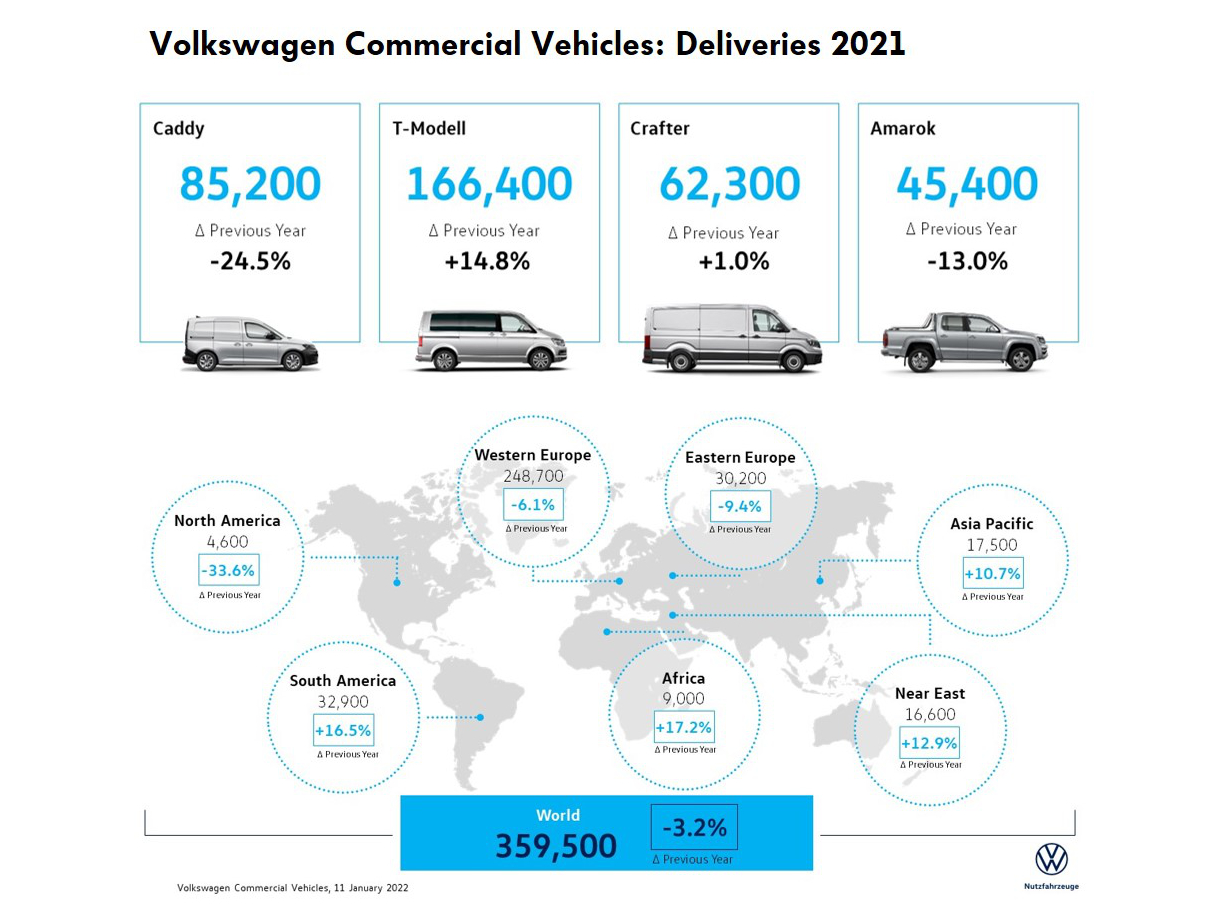