The Drag Racing and Car Stuff channel on YouTube shared a very unique and interesting video this week. It's only a few minutes long, and there's no real backstory. However, as you can clearly see, the Tesla Model S Plaid begins the drag race in reverse. The driver corrects the situation and proceeds to win the race, though the competing vehicle isn't tough to beat.

The Model S Plaid is racing a Chevrolet HD diesel-powered pickup truck. Just the fact that the beastly truck is the chosen competitor makes us question the situation here as a whole. Did the Model S driver set up this race on purpose and intentionally start in reverse knowing full well he would win anyhow?

While the above suggestion could certainly have been the case, this could have been a simple mistake. The driver could have unintentionally started in reverse, though we have to assume that wouldn't be the most realistic explanation. As far as we understand, it would actually be somewhat difficult to make this mistake in the Plaid. So, maybe the car incorrectly chose to go in reverse on its own?

For those unaware, the Model S doesn't have a traditional gear shifter. Instead, the car "guesses" which way to proceed based on context and surroundings. We've heard on a few occasions that the car may choose to proceed in the wrong direction, especially if there are no obstacles in front of it or behind it.

As the Model S Plaid pulls up to the line for the race, it stops, of course. It wouldn't come as a surprise if the car "guessed" that it was parking, then chose reverse to leave the spot.

That said, it's important to note that the driver has to actually choose "Auto Shift out of Park" before the car will attempt to decide the direction on its own. In addition, the driver can override the car's decision at any time using the brake pedal and touch screen, which may have been the case here.

Finally, for drivers who don't trust the system or would simply rather shift on their own, they can do so using a virtual gear strip on the Model S' touch screen. However, this is precisely why we explained that it may have been a multi-step process for the driver to proceed in reverse in error, though it would have been simple to do it on purpose. 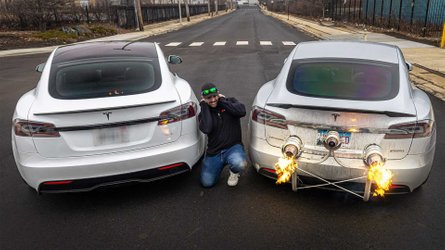 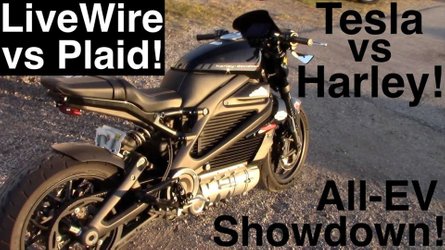 Head down to the comment section and let us know what you think happened here. We're honestly just glad no one was hurt. Had there been someone or something behind the Model S, it likely wouldn't have proceeded, but the idea is a bit scary nonetheless.