Europe: Plug-Ins Accounted For 26% Of New Car Sales In November 2021

Tesla Model 3 was the most registered model, ahead of the Renault ZOE and Dacia Spring.

The European passenger car market continues to struggle. In November, new registrations in Europe (25 European markets, monitored by JATO Dynamics) decreased 18% year-over-year to 855,281, which is also down 29% compared to November 2019.

After 11-months, the year-to-date volume is just 0.4% higher than a year earlier, mostly due to the lack of semiconductors.

The only part of the market that enjoys growth appears to be the plug-in segment, which has expanded to about 26% of the total - 217,709 registrations (including a small number of hydrogen fuel cell vehicles).

Diesel is already left behind so it's the right time to see who is next to overtake gasoline cars.

"The strong growth for EVs is partly explained by increased interest from the public, alongside the significant shift from governments and OEMs towards lower emissions vehicles."

According to JATO Dynamics, the market share of plug-in vehicles is higher than ever: 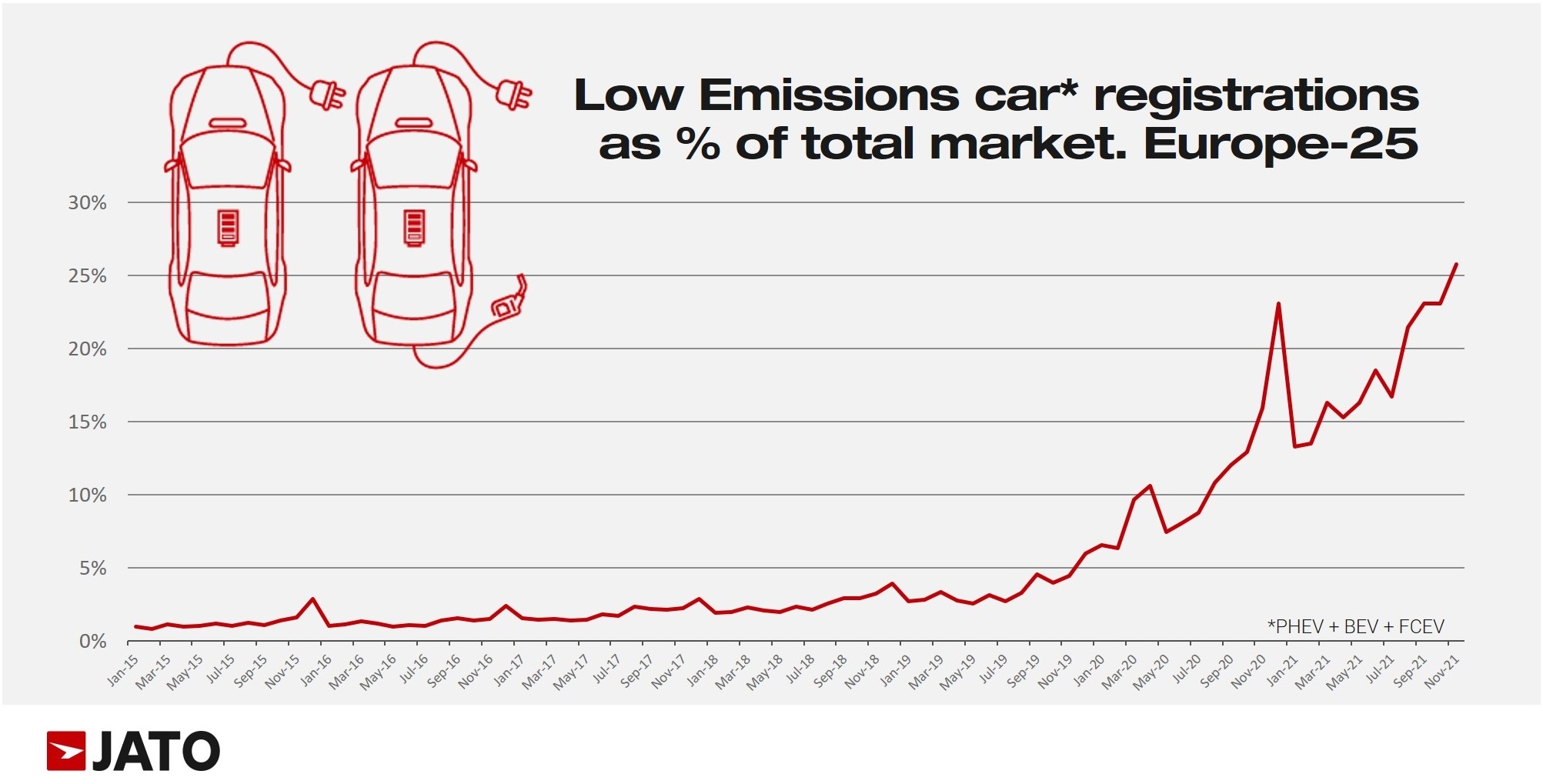 In terms of the most registered all-electric models, the first happens to be the Tesla Model 3. Its result of 10,739 was also enough to take the #12 place overall. The Model 3 registrations increased 119% year-over-year, from a lower base.

If Tesla notes over 16,000 units in the middle of the quarter, then what we will see in the final month? Volkswagen Group's MEB-based EVs also note a strong combined volume, despite production constraints.

Germany: More Than A Third Of New Cars Were Plug-Ins In November
Netherlands: Plug-In Car Share Reached 39% In November 2021