Having recently upgraded from a 2021 Model 3 Long Range to a 2022 Model 3 Performance, he says Tesla cheaped out and quality got worse.

There has been a worrying trend lately with some automakers regarding a drop in the perceived quality of their vehicles as a consequence of cost-cutting.

For example, many have noticed that the VW Golf Mk8 doesn’t feel as premium as its Mk7 predecessor, featuring cheaper and harder plastics, fewer soft-touch surfaces, and fewer felt-lined areas. Golfs traditionally used to feel more expensive than their price suggested, but now the Mk8 Golf feels cheaper while being more expensive.

Cost-cutting is a widespread phenomenon nowadays in the auto industry, and the chip crisis has only made things worse. Many cars are shipped without features like touchscreen displays, digital speedometers, automatic stop/start systems, active fuel management modules, and more.

Even Tesla, a company that prides itself with having worked around the semiconductor shortages, has been shipping the Model 3 and Model Y without front passenger-side lumbar support.

Speaking of Tesla, one Model 3 owner from Connecticut claims the 22MY’s quality has dropped compared to the 21MY. He’s owned both a 2022 Model 3 Performance and a 2021 Model 3 Long Range, so he’s been able to compare stuff like panel gaps and material quality.

Now, the video above starts by comparing the fit and finish on both cars and it’s pretty obvious that the newer car disappoints in this respect. There are visible panel gaps where the bumpers meet the fenders whereas the 21MY Model 3 has no such issues whatsoever.

There are some interior niggles as well, including hard plastic at the bottom of the door panels—the 21MY has a soft-touch finish—and the fact that the driver's sun visor does not cling to the magnet and the center console armrest lid needs to be slammed to close.

The owner has informed Tesla of these problems and the automaker has pledged to fix them, as it should. Mind you, these could be isolated issues, which is why we welcome owners of 2022 Model 3s to chime in and let everyone know whether they also noticed a drop in quality on their cars.

More videos on buying and owning a Tesla Model 3 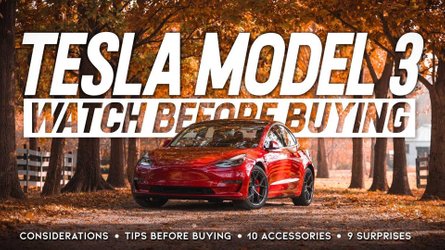 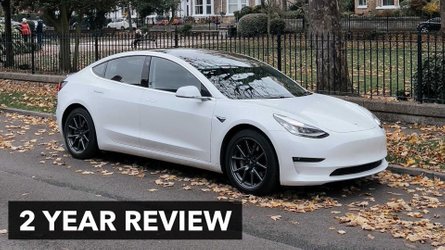 Epic Tesla Model 3 Two-Year Ownership Review
By: Dan Mihalascu
++
++
Got a tip for us? Email: tips@insideevs.com