Toyota has unveiled the production version of its first purpose-designed EV, the bZ4X SUV. Those who liked the bZ4X Concept unveiled earlier this year will be happy to see that the production model sticks very close to the original recipe.

While the design speaks for itself in the photo gallery below, we’ll focus on the specifications because Toyota has provided many details about the electric SUV’s battery capacity, range, and performance.

The first model in Toyota’s new bZ (beyond Zero) sub-brand and the first of seven vehicles coming by 2025 developed entirely as BEVs, the bZ4X is a RAV4-sized utility vehicle that uses the carmaker’s new e-TNGA BEV dedicated platform co-developed with Subaru.

The battery is incorporated as an integral part of the chassis, beneath the vehicle floor, offering several advantages: low center of gravity, front/rear weight balance and high body rigidity. All these factors contribute to “excellent” safety, ride and handling, according to Toyota.

The driving range for the FWD variant is estimated at more than 450 km (280 miles) over the European WLTP cycle or 500 km (310 miles) over Japan's WLTC cycle, so it should be lower once the EPA measures it. Toyota says that customers should expect only a marginal reduction in battery performance—around 10% in 10 years of driving or 240,000 kilometers (149,130 miles), whichever comes first.

The first production Toyota with a steer-by-wire system

The latter, called One Motion Grip, does away with the mechanical linkage between the steering wheel and the front wheels, adjusting the tyre angle precisely according to the driver’s intention. It’s also said to provide more legroom, improve driving position freedom and ease of entry and exit. Available in select markets at launch, One Motion Grip replaces the traditional steering wheel with a yoke-like control that achieves full-lock with just a 150-degree turn, with no need for hand-over-hand turning.

The Toyota bZ4X will go on sale in mid-2022 in worldwide markets including the US, Europe, Japan, and China. Product details for the US market will be shared in mid-November, while the European premiere will take place on December 2. 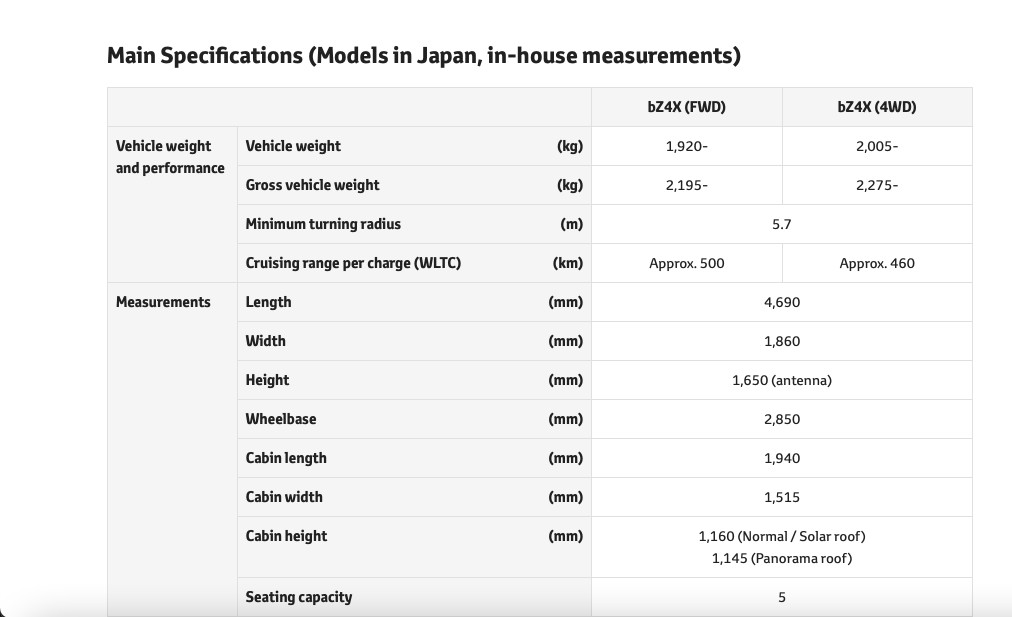 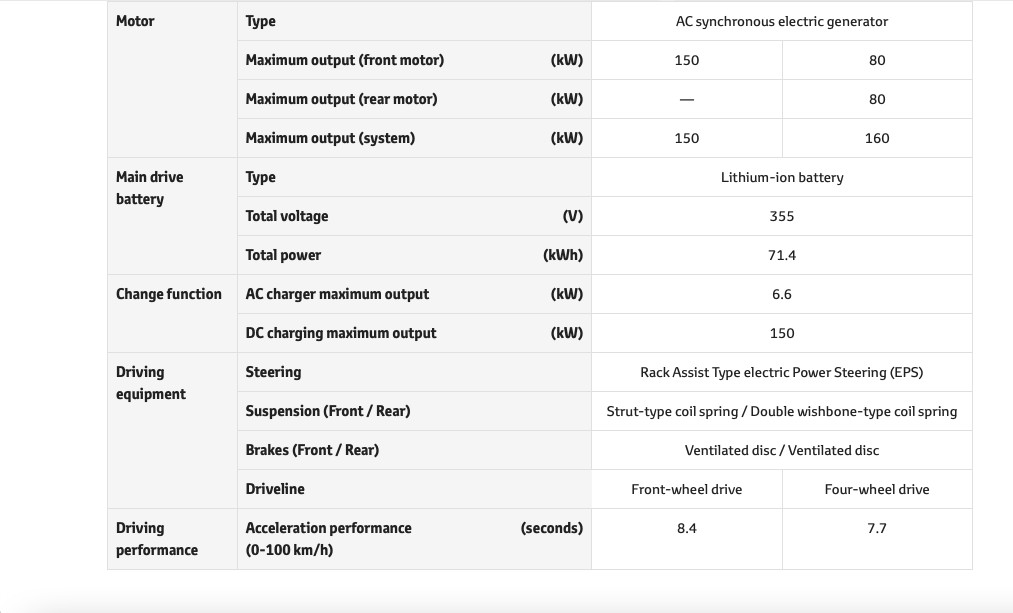 Read more about Toyota and its electrification strategy

The $40,000 Ford F-150 Lightning Base Model Is A Crazy Bargain, But Why?
The Ducati MG-20 Is An Electric Folding Bike That Packs Quite A Punch
First Rivian R1S Reviews: A Great Vehicle For Family Road Trips
New Study: Changes In Driver Behavior Related To Tesla, Other EVs
Rivian Manufacturing Boss Leaves Company As Part Of Major Reorganization