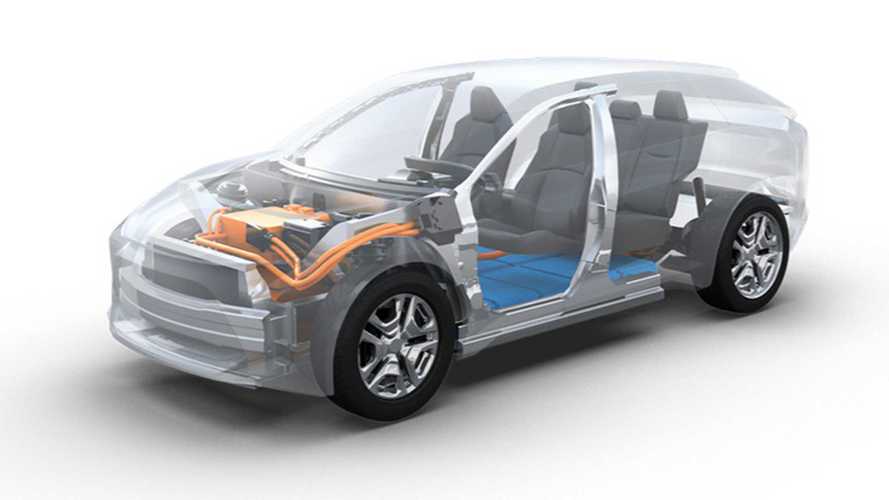 Toyota and Subaru are on the path of consolidation and electrification.

Toyota took another step in its strategy of building a broad Japanese automotive alliance, by deepening partnership with the 10-times smaller Subaru.

Toyota has been working with Subaru on various projects since 2005 when it acquired 9.5% of the company (Fuji Heavy Industries at the time). Since then, the share increased to 16.83% and through a new agreement Toyota will buy at least 3.17% to get a minimum of 20% of Subaru, which will become an affiliated company of Toyota. Subaru will repay the same, by acquiring Toyota shares for 80 billion yen ($740.8 million) - the amount necessary for Toyota to acquire Subaru shares.

According to Subaru, the company will remain independent, but there is no shortage of analysts that already forecast that at some point in the future, Subaru will become a fully owned subsidiary of Toyota. The "mega Toyota", which might swallow Mazda, Suzuki and Yamaha too, will be a huge player in the overall automotive market.

Earlier this year, Toyota and Subaru already agreed to:

The latest deal includes also the expansion of the use of Toyota hybrid and plug-in hybrid powertrains in Subaru models. Subaru already offers Subaru Crosstrek Hybrid in the U.S., which uses the Toyota Prius Prime electric powertrain.

Details of business activities in the new alliance

It's hard to imagine that the two would split their ways after such a deep partnership in the latest technological advancement.

Toyota and Subaru Agree on New Business and Capital Alliance

Ever since concluding an agreement on business collaboration in 2005, partnership between Toyota and Subaru has included contract production by Subaru of Toyota vehicles and supply by Toyota of vehicles to Subaru, as well as joint development of the rear-wheel-drive Toyota 86 and Subaru BRZ sports car models.

Also, with vast changes enveloping the automotive industry, which is being called on to respond to the new domains of CASE (connected, autonomous/automated, shared, and electric), Toyota and Subaru disclosed in June this year that they have agreed to jointly develop a platform dedicated to battery electric vehicles (BEVs) and to jointly develop a BEV model, both of which will employ Subaru's AWD technologies and Toyota's vehicle electrification technologies.

In this once-in-a-century period of profound transformation, by strengthening their bonds and aligning their capabilities, Toyota and Subaru aim to pursue driving enjoyment in the CASE era and to make ever-better cars beyond what either company has been able to achieve thus far. Furthermore, to deepen their relationship and to strengthen their ties toward advancing to the next stage while respecting the identity of each other's brand, the two companies have agreed that Toyota will increase its equity stake in Subaru and that Subaru will acquire shares in Toyota.

Details of business activities in the new alliance

Details of capital ties in the new alliance

Commenting on today's agreement, Toyota President Akio Toyoda said: "During this once-in-a-century period of profound transformation, even if CASE changes how cars will be, driving enjoyment will remain an inherent part of automobiles and is something that I think we must continue to strongly preserve. I, myself, am a rallyist, and, through my experience of training hard in an Impreza, I have felt in my veins the wonders of Subaru's AWD technologies. Meanwhile, we at Toyota have been going all out to hone our all-wheel-drive technologies by participating in the World Rally Championship, among other activities. Our companies, both of which have long pursued driving enjoyment, now want to pursue the possibilities of making ever-better cars suitable for the CASE era by bringing together our strengths and by further deepening our relationship."

Subaru President Tomomi Nakamura said: "Between our company and Toyota is an alliance that already has a history of 14 years. During this time, we have deepened our bonds in various fields such as product development, production, and sales, including through personnel exchanges. By taking our relationship one step further and mutually honing our technologies, we will strengthen our ability to respond to CASE and other demands, and will accelerate our shared aspirations for making ever-better cars. This new step in our alliance with Toyota will lead to enhancing 'Enjoyment and Peace of Mind' that Subaru is committed to deliver; and I am confident that our customers will love what we offer through these efforts."