The company will invest over $13 billion in the battery supply system and research and development by 2030.

The plan is to significantly increase sales of electrified vehicles, reaching about 8 million units per year by 2030 (including roughly 2 million all-electric or hydrogen fuel cell vehicles). That's on top of the 18.1 million hybrids sold since the first-generation Prius in 1997.

"The ¥1.5 trillion is for supply and development – so on the production and supply side it is about ¥ 1.0 trillion. This is largely for electrified vehicles and by 2025, we will build 10 more new lines. Between 2026 to 2030, we will build 10 lines per year which will be a total of 70 lines for BEVs. Therefore, this investment is mainly for production, including machines and facilities. These will be small base units and the production units will be kept small in order to remain agile."

In parallel, the company works hard to reduce the battery cost per vehicle by 50%, compared to now.

"In development, we will aim to achieve a per-vehicle cost of 50 percent or less compared to now through the integrated development of vehicles and batteries.

In terms of supply, we will respond flexibly to the changing needs of our customers.

200 GWh/year from a variety of battery suppliers

According to the presentation, the battery cells will be produced by Toyota's joint ventures and external partners including:

"With the rapid expansion of electrified vehicles, we are working to build a flexible system that can stably supply the required volume of batteries at the required timing while meeting the needs of various customers in each region around the world."

"We are building a system with our partners that will allow us to incorporate into discussed plans the volume of batteries that we will need in about three years."

The Japanese company is deeply involved in hybrids and according to its data, hybrids are the most efficient way of electrification to reduce CO2 emissions. Toyota's calculations indicate that the CO2 reduction effect of three HEVs is almost equal to that of one BEV.

It's important, especially from the battery perspective. Toyota's 18.1 million hybrids have reduced the CO2 emission (through reduced fuel consumption) of an equivalent of 5.5 million BEVs. However the hybrids required only a fraction of batteries - an equivalent of 260,000 BEVs.

"...our cumulative sales of HEVs have now reached as many as 18.1 million units.

The volume of batteries for HEVs that we have produced so far is the same as that of the batteries installed on about 260,000 BEVs.

In other words, we can say that the batteries needed for 260,000 BEVs have been used to achieve the CO2 emissions reduction effect of 5.5 million BEVs."

This is a very strong argument to continue electrification from the bottom up (from long hanging fruits) and as the technology matures, move towards higher degrees of electrification and ultimately 100% electric.

The advantage of using batteries in hybrids first to maximize the environmental effect is actually known to us since at least a decade when the matter was studied.

It's a thing that we have to take into account instead of criticizing Toyota due to not jumping into BEVs right away. There are environmental and financial reasons for being late in the BEV segment.

"In the future, in light of changes in the market, we will also accelerate the introduction of BEVs and PHEVs"

One of the key areas of focus is the double-fold battery cost reduction by 50% in the second half of the 2020s, compared to now.

Toyota intends to lower the battery pack cost by about 30% and at the same time, improve vehicle efficiency by 30%, so a 30% smaller battery will be needed to achieve the same range. As a result, the total battery cost should be halved.

The chart indicates that the point of reference is the upcoming Toyota bZ4X (see the concept here), scheduled for mid-2022.

For Toyota, the important is a balance between all of the battery characteristics, to offer cars "that its customers can use with peace of mind."

An interesting note is about the fast charging - it might not be the highest, to not compromise on other things, like safety:

"We want to make the charging speed faster, but too fast will affect safety.

Therefore, we think it is important to strike a balance between each of these factors to ensure safe use."

Here are a few slides about the battery developments.

"...the bipolar nickel-metal hydride battery used in the new Aqua announced in July this year.

We co-developed this battery with Toyota Industries Corporation, taking on the challenge of developing a bipolar structure, and we commercialized it as an onboard battery for driving.

Compared to the batteries used in the previous generation of the Aqua, the output density has been doubled, giving the car a powerful acceleration sensation."

The current liquid batteries will be improved through the material evolution and structural innovation. The image suggests a new cell form factor, compared to the prismatic type - Toyota's favorite so far.

In the longer term, an all-new solid-state batteries in laminated form factor will be introduced (the second half of the 2020s).

Toyota aims to commercialize all-solid-state batteries (lithium-ion batteries with solid electrolyte instead of liquid), but the company still needs years to launch them on the market.

The prototype cells and packs were already developed and put into a prototype vehicle in June 2020. In August 2020, the car was registered for tests on public roads.

"In June last year, we built a vehicle equipped with all-solid-state batteries, conducted test runs on a test course, and obtained driving data.

Based on that data, we continued to make improvements, and in August last year, we obtained license plate registration for vehicles equipped with all-solid-state batteries and conducted test drives."

Unfortunately, at this stage, these types of batteries are not yet ready for production. Toyota identified issues/limitations that must be first addressed.

Moreover, the initial findings suggest that the high-power solid-state battery would be suitable for... hybrids (the limitation is a short service life), while we hoped for new cells primarily for battery-electric cars.

"There are some things that we have learned during the development process.

All-solid-state batteries are expected to have higher output because of the fast movement of ions within them.

Therefore, we would like to take advantage of the favorable properties of all-solid-state batteries by also using them in HEVs.

On the other hand, we found that short service life was an issue.

To solve this and other issues, we need to continue development, mainly of solid electrolyte materials.

We feel that having identified an issue has brought us one step closer to commercialization." 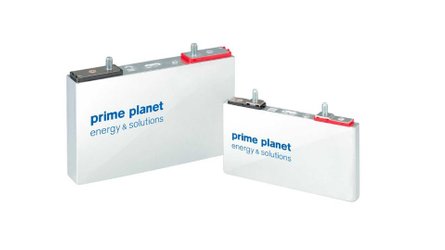 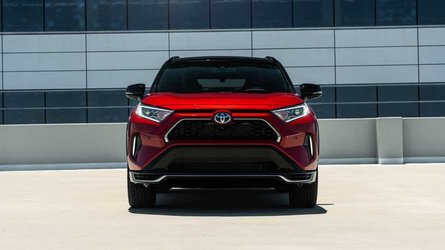