Marques Brownlee Now Loves The Yoke, Would Not Switch To Normal Wheel

After describing the yoke as the Tesla Model S Plaid's one big flaw, now the tech reviewer would not go back to a steering wheel.

No one can question the Tesla Model S Plaid’s insane acceleration and overall performance as an electric vehicle.

Still, if there’s one thing owners and reviewers alike have agreed upon almost unanimously, it is the yoke, more specifically how awkward it is to use in some driving scenarios.

YouTube tech reviewer Marques Brownlee, who also uses a Model S Plaid as a daily driver, was one of the yoke’s early critics. In his July 23 review (you can watch it again in the video above), he described the steering yoke as the one big flaw in an otherwise near-perfect car.

Since then, Brownlee has put some 6,800 miles (10,943 kilometers) on his Model S Plaid, and it looks like his opinion of the yoke has changed dramatically. In a recent Twitter update, the tech vlogger noted that he’s completely gotten used to the yoke, “to the point where if given an option to switch to a normal wheel, I wouldn’t take it.”

That a pretty radical change of heart, so what has driven it? Well, in later comments to the tweet, Brownlee added that the Tesla Model S Plaid’s yoke is actually very comfortable to use when driving the car.

“I’m just used to it. It’s very comfortable on the 95% of driving that’s straight lines and I’ve developed the muscle memory to turn and not hit buttons.”

The latter statement is interesting because in the past, the tech vlogger criticized the yoke's capacitive touch buttons for features like the left and right turn signals. Apparently, driving the Model S Plaid for almost 7,000 miles solved that problem for him.

When asked whether he’d like a less wide yoke, Brownlee replied, “No, I think the width and rectangular shape help a lot with real turning.”

He also touched the subject of the Auto Shift out of Park feature in the same thread, noting that the Model S Plaid is 90% percent accurate in predicting what gear needs to be engaged if the vehicle has to be shifted out of Park.

See what other people think of the Model S Plaid's yoke 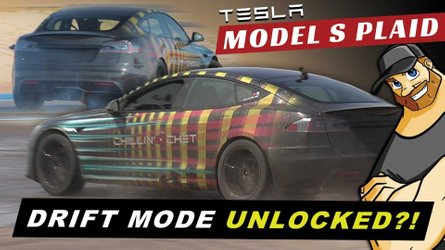 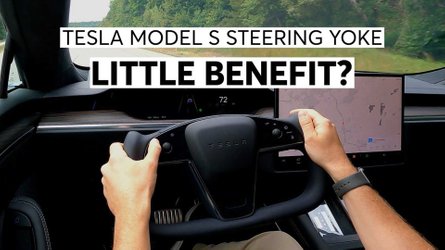