It takes almost one minute to drive from one end of Giga Texas to the other at highway speeds.

They say everything is bigger in Texas, and this saying certainly applies to Tesla’s vehicle assembly plant outside Austin that is nearing completion.

As aerial videos taken from drone operators have shown in the past (we've also added October 6 drone footage above), the thing is absolutely huge, clearly deserving the “Giga” in its name. Still, the sheer size of the Giga Texas factory becomes even more apparent if you drive alongside it at highway speeds.

As these drive-by videos posted on Twitter show, it takes almost one minute to drive from one end of the factory to the other at highway speeds. It is just mind-blowing, even if you're already familiar with the plant’s size. In Phase 1, Giga Texas is supposed to be 0.757 miles (1.22 kilometers) long, but it’s projected to grow even further to 0.852 miles (1.37 kilometers) in Phase 2.

Drive-by footage from as early as January 2021 already gave an idea of the plant’s massive scale, even though relatively few structures were standing at the time. But now that the exterior walls and windows are being laid, seeing Giga Texas in real life is an even more intense experience.

As Teslarati points out, Giga Texas does not seem to be getting built in stages like Giga Nevada, Giga Shanghai, and Giga Berlin. Obviously, this makes a lot of difference when doing a drive-by of the Giga Texas site.

In July, Elon Musk tweeted that Giga Texas would be “almost a mile long” when completed, and he also noted that it would be roughly seven stories tall with every floor being “double in size.” This means that the Austin facility should be one of the world’s largest vehicle factories by footprint. It certainly gives off that impression while looking at recent drive-by videos like these.

Under construction since July 2020, Giga Texas is scheduled to start low-volume production of the Model Y before the end of this year and move to full-scale production in 2022. It will be the main factory for the Tesla Cybertruck and possibly the Tesla Semi, although the latter hasn’t been officially confirmed. According to the latest update, Cybertruck production should start in late 2022. 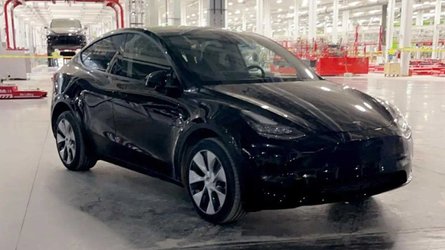 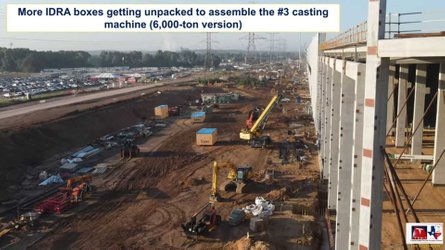