Reports suggest the automaker is still deciding between plants in Halewood, England, and Cologne, Germany.

According to Automotive News, sources familiar with the matter have stated that Ford is in the final stages of choosing which of its European transmission factories will produce electric vehicle powertrains.

The sources say Ford is down to a choice between a facility in Cologne, Germany, or another in Halewood, England. The Cologne plant would make plenty of sense since Ford is already expected to produce EVs in Cologne using Volkwagen's MEB platform. Whichever factory gets the deal, sources suggest it will build electric motors, transmissions, and invertors for EVs.

Moreover, the winning plant will be gearing up for the future as it shifts from making ICE transmissions to producing powertrains for electric cars. This should work to ensure a healthy future for the factory Ford chooses. Keep in mind, Ford says it will only sell EVs in Europe beginning in 2030.

Ford has yet to comment on the information provided by the anonymous sources. However, the automaker is expected to announce its final decision in the coming weeks. Ford has said in the past that it will limit the number of powertrain plants in Europe as it invests in EVs. Ford did share the following statement with Automotive News Europe:

"Ford is going 'all-in' on electrification, with 100 percent of our passenger vehicles being all-electric and two-thirds of our commercial vehicle sales expected to be all-electric or plug-in hybrid by 2030." 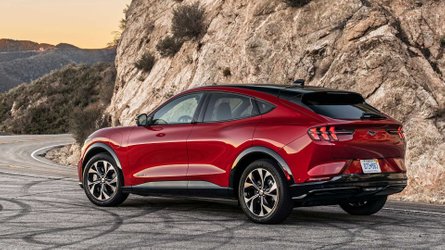 First MEB-Based Ford Will Be A Small Electric SUV 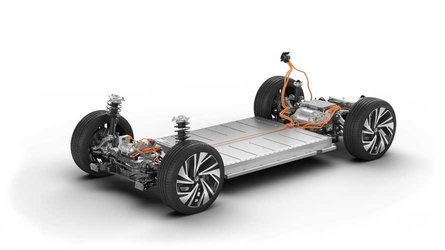 Ford Is Expected To Produce MEB-Based EVs In Cologne, Germany

Related to the information about Cologne above, the publication writes that Ford's current transmission plant in the area is located right next door to the factory that will produce Ford EVs based on VW's MEB architecture. It also says the first vehicle is planned for 2023 and will be based on the Volkswagen ID.4. A second EV is expected to follow.