Watch a vehicle modified for maximum grip try to break traction and powerslide.

After faring very well in the Pikes Peak hillclimb in a modified Scion FRS, a company called Evasive Motorsport decided to ditch the boxer-engined coupe and switch to an electric car instead. They chose a Tesla Model 3 which was extensively modified to be as light and grippy as possible, and thus the vehicle you see in the video was created.

The vehicle was extensively stripped out and lightened, it has custom suspension, a widebody kit, huge front and rear splitters, as well as a comparable rear wing. The super light wheels chosen for this vehicle are from Titan7 and they are shod in semi-slick Toyo Proxes R888r racing tires and the brakes are from Brembo.

As with all vehicles that are modified specifically for the Pikes Peak hillclimb, this Tesla was tuned with grip in mind. It not only has grip from the tires, but the massive aero parts also help it stay on the road in higher speed corners, so keep that in mind when you check out this video by Hoonigan about trying to get this vehicle to powerslide. It almost does that, but it very clearly likes to be stuck to the tarmac, and not sliding.

After watching the video posted at the start of this article, I also found another posted on Hoonigan AutoFocus that is more about the car, its purpose and its modifications than it is about trying to get it to powerslide in a dangerously small space. If you want to know all that was done to the vehicle in order to get it ready for Pikes Peak, the second video is the one you really want to watch. 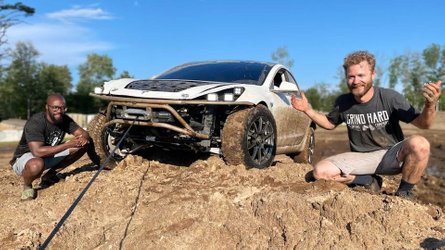 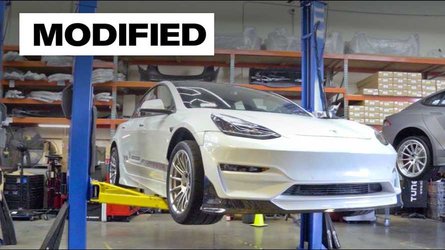 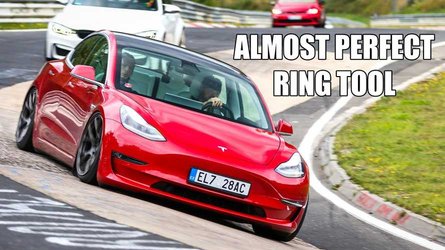 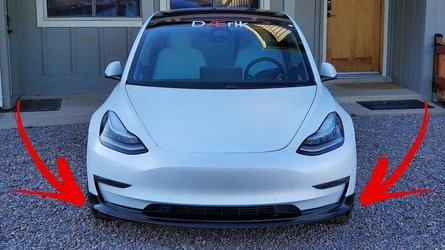 How Can You Easily Modify A Tesla Model 3 To Improve Range? Video