In the first three months of ownership, We Predict data analysis company found EVs to cost 2.3 times more to service than ICE vehicles.

There are many advantages EVs have over internal combustion engine vehicles, and one of them is less stress related to things that could go wrong.

Since they have fewer moving parts, electric vehicles require less maintenance, and no owner has ever complained about that. But how do EVs perform when it comes to service costs? Well, that’s where the picture starts to change, at least according to new data from analytics firm We Predict.

The company says it costs more to service electric vehicles than their gasoline-powered counterparts, though the gap narrows over time. Data reveals that EVs were 2.3 times more expensive to service than ICE vehicles after the first three months of ownership.

If that seems worrying, you'll be more relieved to learn that after the first year, EVs become just 1.6 times more expensive to service. During the last nine months of the first year of ownership, maintenance costs were found to drop by 77 percent, while repair costs declined slightly. Of course, many of these service operations are covered by manufacturer warranties so the consumer won't take a direct hit.

The study found out that service techs are spending twice as long diagnosing problems with EVs vs. those with gasoline vehicles. They are also spending 1.5 times longer fixing them, which should be a worry for EV owners' wallets as the average labor rate was 1.3 times higher. Predictably, the study found that most of the repair work focused on EV-specific components, such as wiring problems or charging issues.

According to We Predict vice president Renee Stephens, higher service costs for EVs are due partly to the fact that electric vehicle problems are still new and unfamiliar to many technicians.

"It's an industry in launch. This is the launch factor you're seeing."

Not that surprisingly, We Predict also found that EVs had a high rate of wheel problems attributed to greater wear and tear from carrying bulky batteries and overall heavier vehicles.

When it comes to specific EV models, the data analysis company found that the Ford Mustang Mach-E performed best. After three months of ownership, Mach-E service costs were $93 per vehicle, far lower than the second EV in the list, the Audi e-tron at $366 per vehicle. The Porsche Taycan averaged $667 per vehicle, followed by the Jaguar I-Pace with $834 per vehicle.

We Predict plans to issue a similar report on EV service costs during the first three years of ownership, which should be a lot more relevant to the current consumer habits. 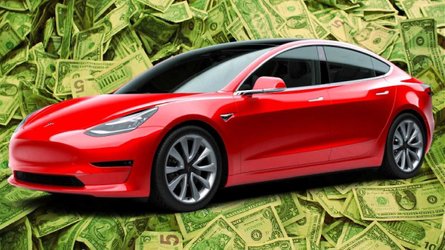 Tesla Model 3 Ownership: What Are The Hidden Costs Over 3 Years?
⠀ 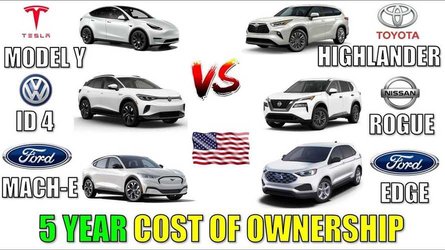 Source: We Predict via Automotive News