Tesla's manufacturing infrastructure includes two electric car plants (one in California and one in China). Two new plants (in Germany and in Texas) will start production by the end of this year, but we guess that the initial volume will be very limited.

The overall output appears to be limited by the parts supply:

"Global demand continues to be robust, and we are producing at the limits of available parts supply. While we saw ongoing semiconductor supply challenges in Q2, we were able to further grow our production"

Tesla's Fremont factory has the potential to produce up to 500,000 Model 3/Model Y a year plus up to 100,000 refreshed Model S/Model X (Model S is ramping up, while Model X will follow).

The majority of the Model 3/Model Y production is for the North American market, which indicates reduced exports to Europe.

"Production ramp of Model S progressed over the course of Q2, and we expect it will continue to increase throughout the rest of the year. Given strong U.S. demand, the majority of all Model 3/Y production was delivered in North America."

According to the Q2 report, the Tesla Giga Shanghai plant has the potential to produce over 450,000 Model 3/Model Y per year. Previously it was up to 450,000, which indicates a slight improvement.

The most important thing is that the Chinese plant has become the "primary vehicle export hub" not only for Asia, but for Europe. The company soon will export Model Y from China to Europe, as the local production is delayed.

"While we experienced minor interruptions due to supply chain challenges and factory upgrades, production in Shanghai remained strong. Per our planned roadmap, we recently introduced a standard range version of Model Y in China, which starts at ¥276,000 post incentives. Due to strong U.S. demand and global average cost optimization, we have completed the transition of Gigafactory Shanghai as the primary vehicle export hub."

Tesla Giga Berlin, under construction in Grünheide near Berlin in Germany, is behind its initial schedule, however, Tesla believes that the production of the Model Y will start in "late 2021."

"While our global production lines continue to run as fast as possible, European demand remains well above supply, resulting in growing wait times for delivery. We continue installing equipment, have begun testing tools and are working as quickly as possible toward starting production in Berlin, while growing import volumes in the interim."

Tesla Giga Texas, under construction in Austin Texas, is expected to start production of the Model Y this year and Cybertruck to follow.

"Buildout of Gigafactory Texas continued to progress in Q2 with commissioning having begun in some areas of the factory." 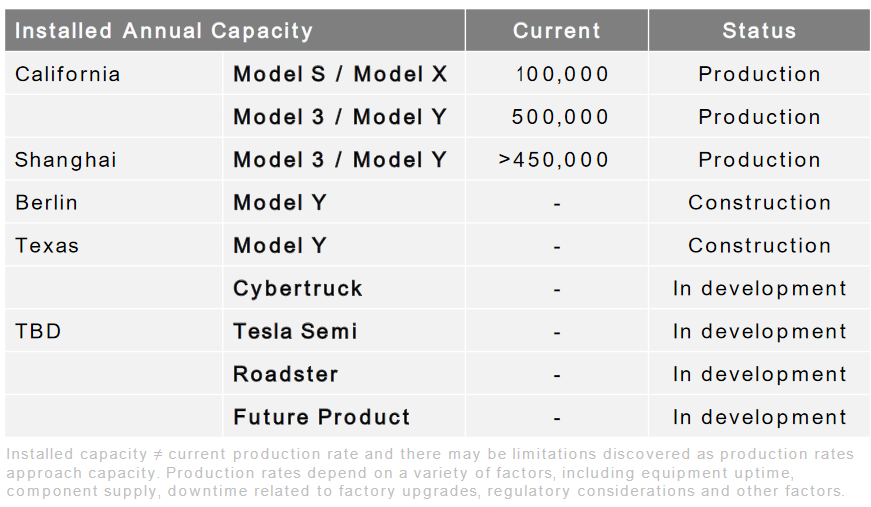 Tesla Q2 2021 Final EV Delivery Numbers And Outlook
US: Tesla Pushes Back Delivery Times Of Non-Performance Versions
++
Comment!
Got a tip for us? Email: tips@insideevs.com