The plan is to build a battery cell factory with a minimum annual capacity of 100 MWh.

Porsche's plan is to have state-of-the-art, in-house lithium-ion battery cells for its top electric car models, as a major distinguishing factor from other EVs. Those cells are expected to maximize performance beyond standard solutions used in the mass market.

Oliver Blume, Chairman of the Executive Board at Porsche said:

“The battery cell is the combustion chamber of the future. As a new Porsche subsidiary, the Cellforce Group will be instrumental in driving forward the research, development, production and sale of high-performance battery cells. This joint venture allows us to position ourselves at the forefront of global competition in developing the most powerful battery cell and make it the link between the unmistakable Porsche driving experience and sustainability. This is how we shape the future of the sports car.”

Porsche will have a majority stake of 83.75% in the Cellforce Group, while the remaining 16.25% will belong to Customcells.

The Cellforce Group has headquarters in Tübingen, Germany and according to the press release, the university town is also on the shortlist for the location of the battery factory (rumored in April). The German manufacturer intends to have the site in close proximity to the research and development center in Weissach as well as the headquarters of Porsche in Stuttgart-Zuffenhausen.

Michael Steiner, Member of the Executive Board, Research and Development at Porsche said:

“Porsche was founded as an engineering and development office in Stuttgart in 1931. To this day, you cannot purchase the technology that is at the heart of our high-performance sports cars. We develop it ourselves. That is why it is only logical for us to develop and build the key technology of the future – the battery cell – ourselves. It is just as logical that we first test this new high-tech in the most competitive of environments – motorsport. Our electric sports car, the Taycan, also received key developments and its leading technical features from the race track, from the Le Mans-winning Porsche 919 Hybrid.”

A new plant that will produce the custom cells is expected to have a minimum annual capacity of 100 MWh, which is not a high number. Assuming 100 kWh per pack, it would be enough for 1,000 electric cars per year.

Taking into consideration that the Porsche Taycan is sold at a volume of 20,000+ units per year, those special battery cells are probably for some upcoming electric supercars.

“We founded Customcells with the aim of developing customer-specific battery cells for the most demanding of applications, and this is exactly what we can now realise together with Porsche. The goal for the planned production plant is to reach a minimum annual capacity of 100 MWh. This is equivalent to high-performance batteries for 1,000 vehicles. We are not only contributing our expertise in cell technology and production into our partnership with Porsche, but also agility, innovative strength and individual problem-solving skills,” adds Leopold König, who is also the new company’s CEO.

The Cellforce Group starts with 13 employees, which should increase up to 80 by 2025. €60 million for the project is provided by the Federal Republic of Germany and the state of Baden-Württemberg, which is a very significant part of the total investment as Porsche hints "a high double-digit million amount" on its side.

Porsche reveals that its high-performance battery cells will be based on BASF's HED Nickel Cobalt Manganese Oxide (NCM) cathode active materials that will be exclusively provided for Porsche, and silicon anode.

According to the press release, those next-generation custom cells will have:

...however, performance at sub-zero temperatures and longevity (calendar- and cycle-life) is "yet to be achieved with this new cell technology".

"The chemistry of the new high-performance cells relies on silicon as the anode material. With this material, it now seems possible to significantly boost the power density compared to current good series batteries. The battery can offer the same energy content with a smaller size. The new chemistry reduces the battery’s internal resistance. This allows it to absorb more energy during energy recuperation and at the same time it offers improved performance for fast charging.

Another special feature of the Cellforce battery cell is the fact that it is better able to withstand high temperatures. These are all qualities that are highly valued in motorsport. In addition, use on the race track does not necessarily require the battery to function in sub-zero temperatures nor remain stable for years over many charging cycles – goals which have yet to be achieved with this new cell technology."

Time will tell whether those cells will be good enough to go beyond the motorsport and supercar segment at some point in the future.

Customcells, Porsche's joint venture partner, was founded in 2012 as a developer of application-specific battery cells ranging from prototypes to small and medium series.

"Customcells has acquired important know-how in the field of cell development with diverse materials (cathodes, anodes, separators, electrolytes) and coating technology. Customcells manufactures small series of special lithium-ion battery cells, for example for the aviation and shipping industries, based on agile manufacturing concepts and state-of-the-art research and production facilities." 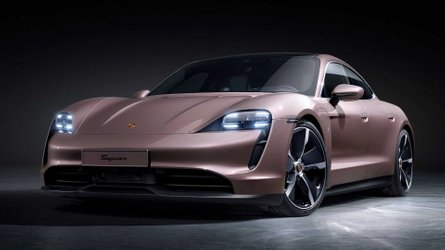 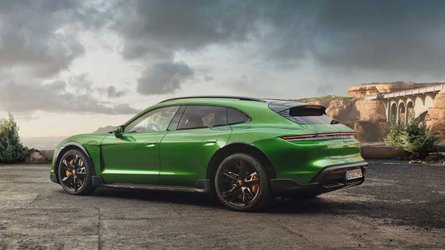 2021 Porsche Taycan Cross Turismo: Specs And Prices
By: Mark Kane
++
Got a tip for us? Email: tips@insideevs.com