With almost 2,000 horsepower and all-wheel drive, it’s no wonder it sprints to sixty in 1.85 seconds.

Behold the magnificent new Rimac Nevera, the production version of the C_Two concept. Aside from being a gorgeous looking hypercar that’s packed with tech, the facts and figures associated with it are truly astounding and they make the Nevera the world’s fastest accelerating production vehicle currently available.

The Rimac Nevera is named after a specific type of storm that suddenly appears over Croatia’s open sea, a very powerful storm that’s also very spectacular to witness as it shoots off lightning bolts. The name is very fitting for a vehicle that packs 1,914 horsepower and 2,360 Nm (1,740 lb-ft) combined from its four permanent magnet motors. It weighs 2,150 kg (4,740 pounds).

Rimac claims the Nevera can sprint to sixty in 1.85 seconds and that it will keep accelerating all the way to 412 km/h (258 mph). Its claimed quarter-mile time is 8.6 seconds and it can go from nought to 300 km/h (186 mph) in an almost unbelievable 9.3 seconds (some 2.5 seconds quicker than its makes initially expected it to go).

Power comes from 120 kWh battery pack that is also an integral part of the vehicle’s structure. It is water-cooled, but we currently don’t know its maximum rate of charge - it surely won’t be a slow-charging pack, but we’ll have to wait for the official figures.

Now with that kind of power and torque figures, you’d expect the vehicle to be difficult to handle, but Rimac says it won’t, thanks to its proprietary All-Wheel Torque Vectoring 2 (R-AWTV 2)  that replaces a traditional traction control system. Miroslav Zrnčević, Rimac Test and Development Driver, explains this system

Enables new level of drivetrain calibration and depending on the driving mode selected, the R-AWTV 2 technology can enable the Nevera to be drifted sideways or provide optimum levels of all-wheel-drive grip, traction and safety – no matter how challenging the road and weather conditions.Thanks to a four-individual-motor drivetrain, the driver can also change the torque distribution, and personalize the performance delivery even further, for a completely bespoke drive – ranging from front to rear wheel drive biased car.

Stopping power is ensured by a set of 390-mm Brembo carbon ceramic brake disks further aided by an extremely powerful regenerative braking system. What’s interesting about blending the two different types of braking in this vehicle is it can detect when the disks are too hot and it automatically cranks up the regen to ensure strong deceleration whenever you need it.

Rimac says the Nevera costs from €2-million (around $2.44-million), but it has near endless personalization options (according to the manufacturer), it is built from exceptionally high quality materials, the interior feels luxurious, and it also has all the modern safety and entertainment gadgets that you expect in a contemporary car. Only 150 examples will be built and it will be available in several different editions: GT, Signature, Timeless or Bespoke. 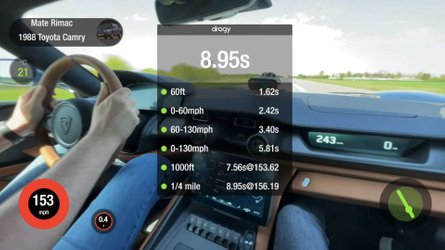 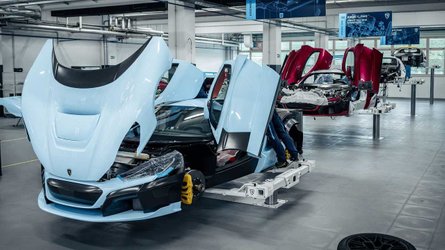 Porsche Further Increases Stake In Rimac Automobili To 24%
By: Andrei Nedelea
++
Got a tip for us? Email: tips@insideevs.com