Tesla believes that the Model Y can become the top-selling car of any type.

In its quarterly report, Tesla noted that the Model 3 was the best-selling premium sedan in the world in Q1 2021.

The company does not reveal individual sales reports for any of its models anymore, but rather refers to third-party data: "Based on most recent comparable publicly available OEM data."

"About three and a half years into its production, and even without a European factory, Model 3 was the best-selling premium sedan in the world, outselling long-time industry leaders such as the 3 Series and EClass. This demonstrates that an electric vehicle can be a category leader and outsell its gas-powered counterparts."

Tesla is so happy about that it decided to highlight it with a special chart: 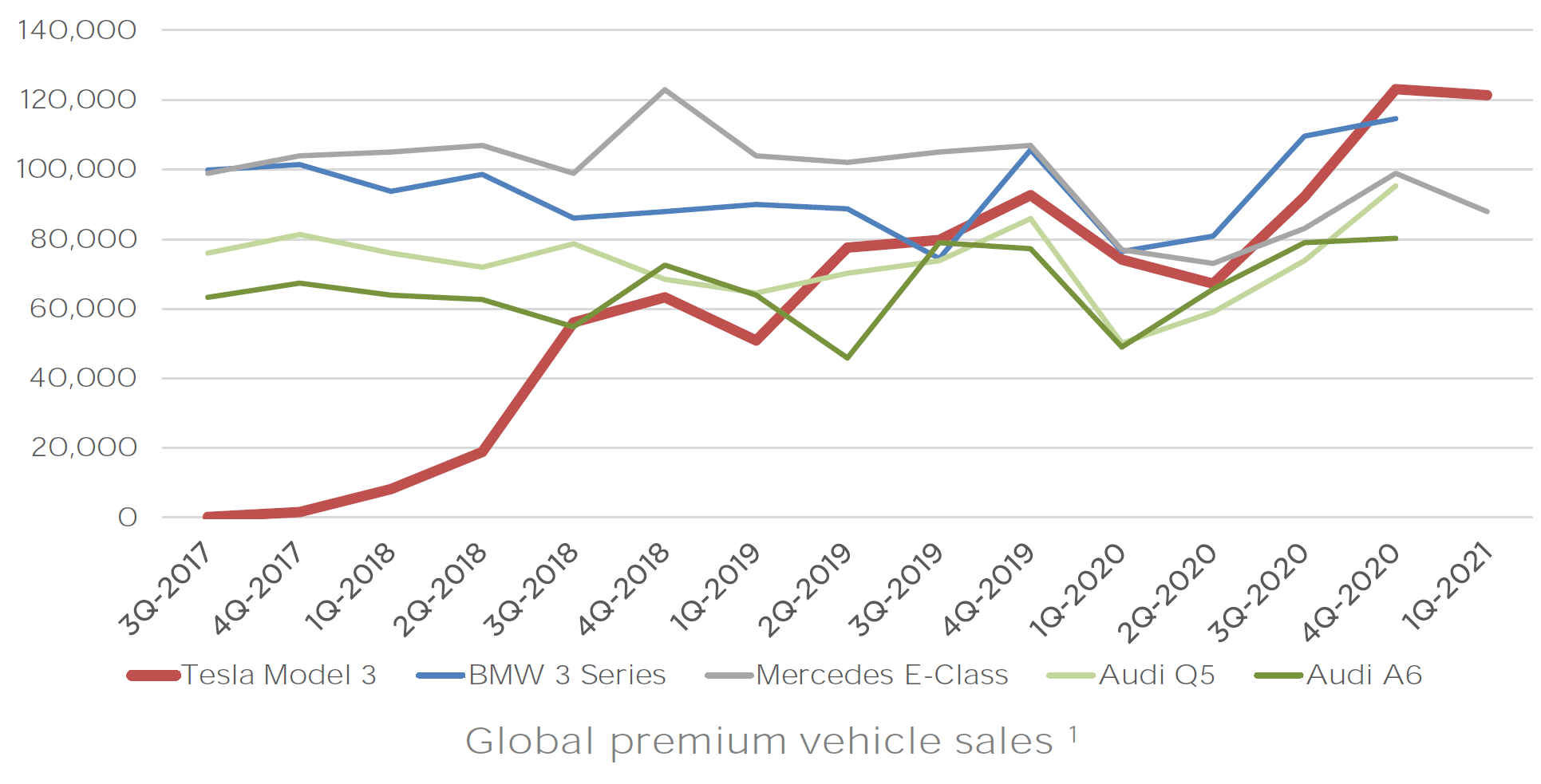 It's an amazing achievement. Let's recall that the Model 3 has been produced since mid-2017 - initially in California, and since 2019/2020 also in China.

Another thing is that the Tesla Model 3 is the first electric car to reach 1 million deliveries (probably any day now), as its result as of the end of Q1 is probably above 950,000.

The Tesla Model Y, from the beginning, was considered as a car that will sell better than all previous Tesla's combined.

Tesla recently wrote in its report that the Model Y is expected to not only be #1 in its class/segment, but the best selling car of any kind globally!

"We believe Model Y can become not just a category leader, but also the best-selling vehicle of any kind globally."

This is a big statement. The Model Y is currently produced in California and Shanghai and by the end of this year will be produced also in two new plants - in Germany and Texas.

Tesla prepares not only a very high volume for the Model Y, but also a breakthrough architecture with new 4680 battery cells and structural battery packs.