Cold weather, deep snow, all-season tires on top of that and it's still going!

Snow is a hot topic now, so let's take a look at how one of the best-selling electric cars on the market handles deep snow.

TFLnow had an opportunity to check out how a Tesla Model Y Performance copes after 7-8 inches of snow. The car is dual-motor all-wheel drive, but this time, it has all-season tires - the Michelin CrossClimate 2, which have 3PMSF Certified Snow Traction.

As we can see, the cold weather and deep snow can't stop a Model Y. The car is relatively easily to move around. The driving experience was actually quite fun, even compared to skiing in a car.

Because of the ground clearance, the underbody left some traces in the snow, and the low front end was plowing a little but. Quite quickly the radiator was covered with snow.

Another note is not the control for the windshield wipers (via the touchscreen), which in such circumstances had to be often adjusted manually.

When it comes to tires, they seem ok, for sure better than ordinary all-season tires without a snow rating. However, moving forwards seems ok, but braking not so much. In other words, keep the speed adequately low on those tires in the snow. 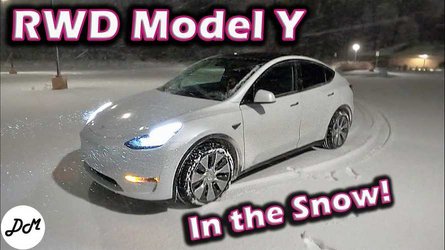 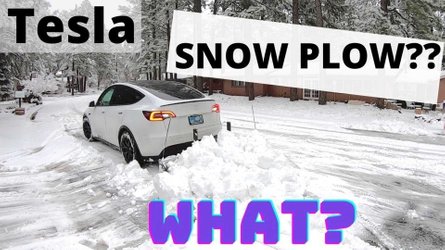 Check Out World's First Tesla Model Y Snow Plowing Business In Action
By: Mark Kane
++
++
Got a tip for us? Email: tips@insideevs.com