Up to 1,100 will be ordered over the next three years.

Xos Trucks announced a partnership with Thompson Truck Centers, which over the next three years might order up to 1,100 electric trucks.

The initial order is for 100 units, which sounds like a major milestone for Xos, although the companies did not provide any further details about the type or specs of the vehicles.

"Our partnership includes an initial 100-truck order, with the mutual goal to order up to 1,000 trucks over the next three years. Thompson Truck Centers, a subsidiary of Thompson Machinery, traces its roots back to 1944, when the Thompson family operated a GMC Truck Dealership. Today, Thompson Truck Centers continue to service and repair all makes and models of medium and heavy-duty trucks."

As we understand, Thompson Truck Centers will play a major role in the distribution of those vehicles.

Xos (formerly Thor Trucks) has started from a fully-electric semi called the ET-One, but then switched to class 6 vehicles.

U.S. commercial electric vehicles are taking off, which is a great opportunity for startups like Xos, although only time will tell whether it will be successful. 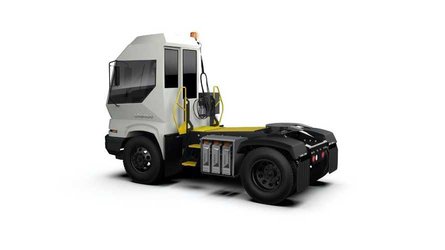 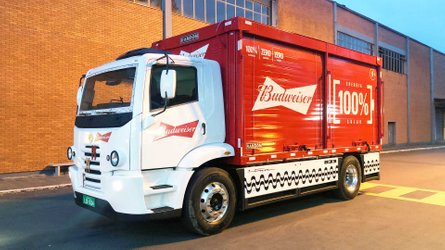 Brazil: FNM To Produce 1,000 Electric Trucks For Anheuser-Busch's Ambev
By: Mark Kane
++
Got a tip for us? Email: tips@insideevs.com