We Peek Inside The Upcoming Kia CV Electric Crossover

Our spies recently spotted an electric Kia CV testing alongside its sister models, the Hyundai Ioniq 5 and the Genesis GV60. As we’ve previously discussed, they are three versions of the same formula, so they kind of look alike under all that camouflage, yet with this batch of photos we finally get a look inside one of these cars.

It’s the Kia CV whose interior will feature dual-screen setup similar to what other manufacturers are doing. The two screens may even be a bit curved, although it’s hard to tell just based on the spy photos.

The CV’s interior doesn’t appear to be that outlandish looking - it will be quite minimalist from what we can see, although it does appear to have dedicated controls for the climate functions. We can’t really tell if said controls are physical buttons or if they are touch-operated.

It looks like the CV will feature a rotary control for gear selection and in front of that will be the starter button. These buttons and more are placed on what appears to be a floating center console that is an extension of the armrest - the controls will be within easy reach. We can’t quite tell if there are also controls for the infotainment next to these, but there does appear to be a touch pad with buttons on the side on the right edge of the floating console.

The steering wheel doesn’t look particularly sporty, though, with its two-prong design that brings some American cars of the mid-1990s to mind. Kia has been using a similar wheel in other models and it appears the CV will get the same helm, not a bespoke design. 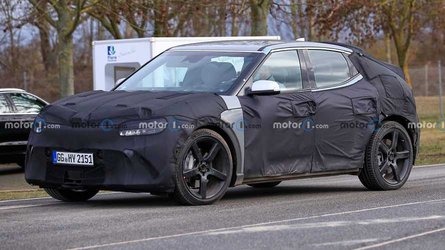 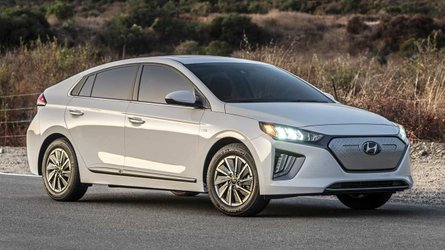 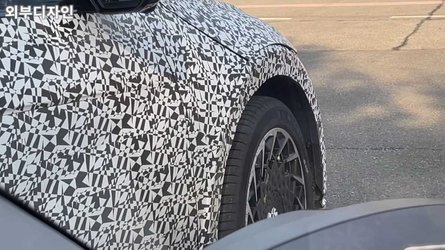 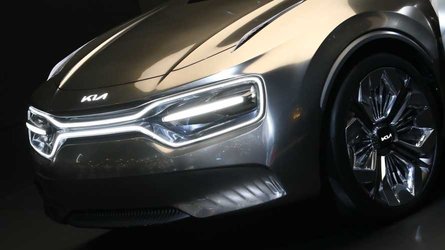 And since Hyundai, Kia and Genesis models are closely related, you can expect their interiors to have a very similar architecture. By that we mean sure the design may be different, but the screens, vents, buttons and controls will be placed roughly in the same spot.