Another highly profitable quarter in the books.

Tesla just released its Q4 2020 earnings report and the numbers are impressive. Tesla again turned a profit, which makes that six quarters in a row in which Tesla has reported a profit.

The main financial details from the Q4 2020 report are as follows:

In 2020, we produced and delivered half a million vehicles, in line with our most recent guidance. In addition, Model Y production in Shanghai has begun, with deliveries expected to begin shortly.

Here's some of the financial info from Tesla: 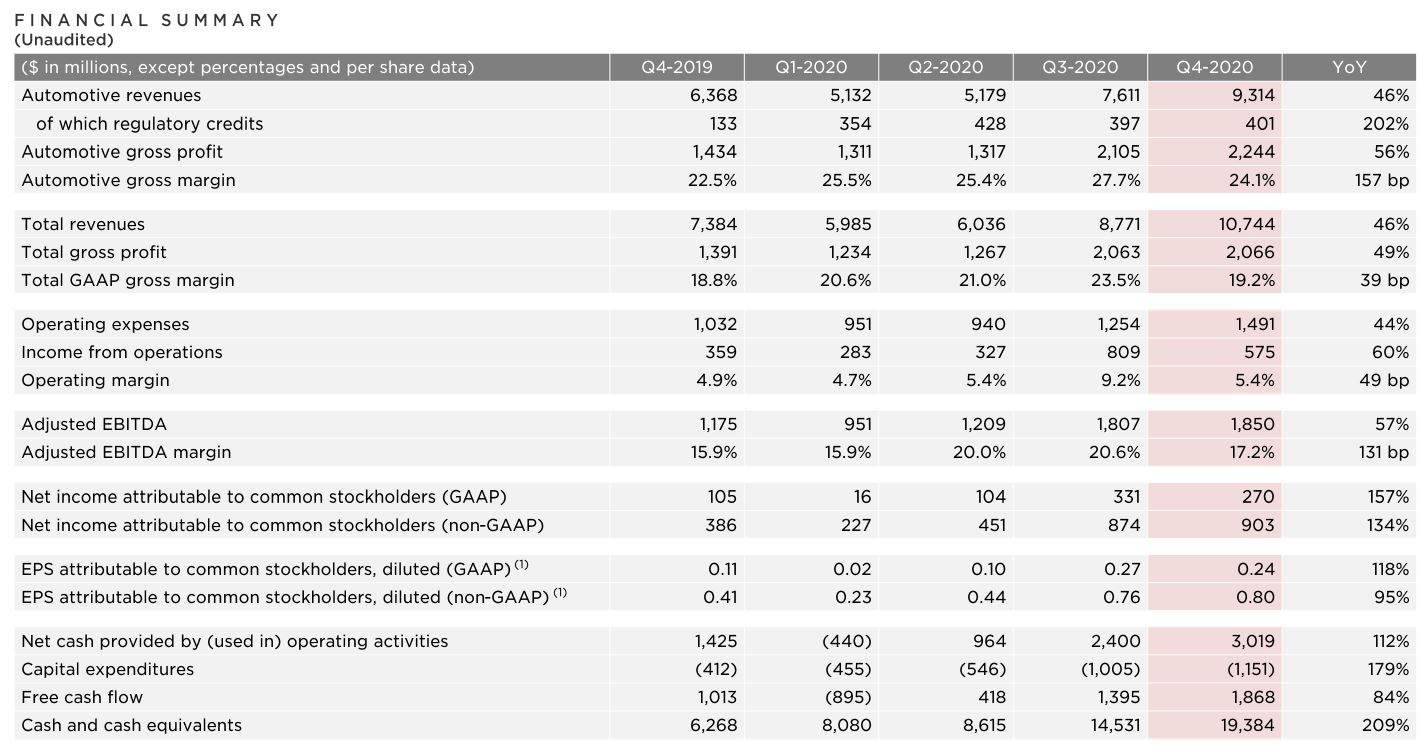 And here are some details on particular vehicles and other relevant info, as stated by Tesla:

Tesla's Regulatory Credit Revenue Will Rise Again In 2021, Analyst Says
Europe: Volkswagen ID.3 Was Second Best Selling Car In December 2020
By: Eric Loveday
++
++
Got a tip for us? Email: tips@insideevs.com