Reports suggest it caught fire after its underbody was damaged by striking a manhole cover.

According to reports by the local media, a Tesla Model 3 recently exploded in China in an underground parking garage. The reports say the electric sedan exploded on Tuesday night, January 19, 2021.

Editor's Update: We've added a few tweets that include images of the Model 3, as well as additional reported details and some speculation about its batteries, which may confirm where it was manufactured.

Several reports from China-based media companies said the Model 3 was parked in the parking garage, which is in a residential area in Shanghai. Reportedly, Tesla has already reached out to the media to share that no one was injured in the incident. However, the car appears to be totaled based on photos from the accident scene.

Shanghai’s Xinmin Evening News reported that the Model 3 hit the manhole cover as it was entering the parking facility. The publication says the news came directly from the garage's property office.

Reportedly, Tesla is already working with local authorities and assisting the Model 3 owner with insurance-related claims. At this point, it's not clear whether the Model 3 was built in China or imported from the US.

This is a developing story. Very little information is available at this time. Stay tuned, as we'll be updating this article or providing another once more details are substantiated. 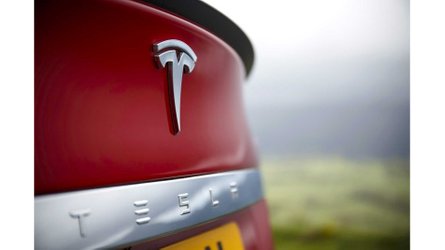 Tesla Model S Catches Fire While Parked At A Supercharger
⠀ 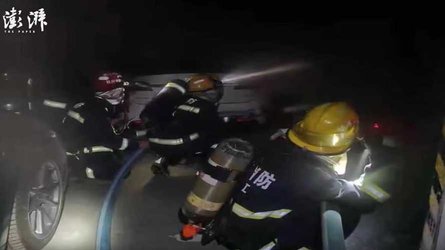 Electric vehicle fires and explosions are rare, but they're certainly a reality. We look forward to securing more details about this terrible incident. We're glad to learn that no one was injured and that Tesla is involved and cooperating.