Mazda MX-30 With Rotary Engine Will Show The U.S. How A PHEV Should Be 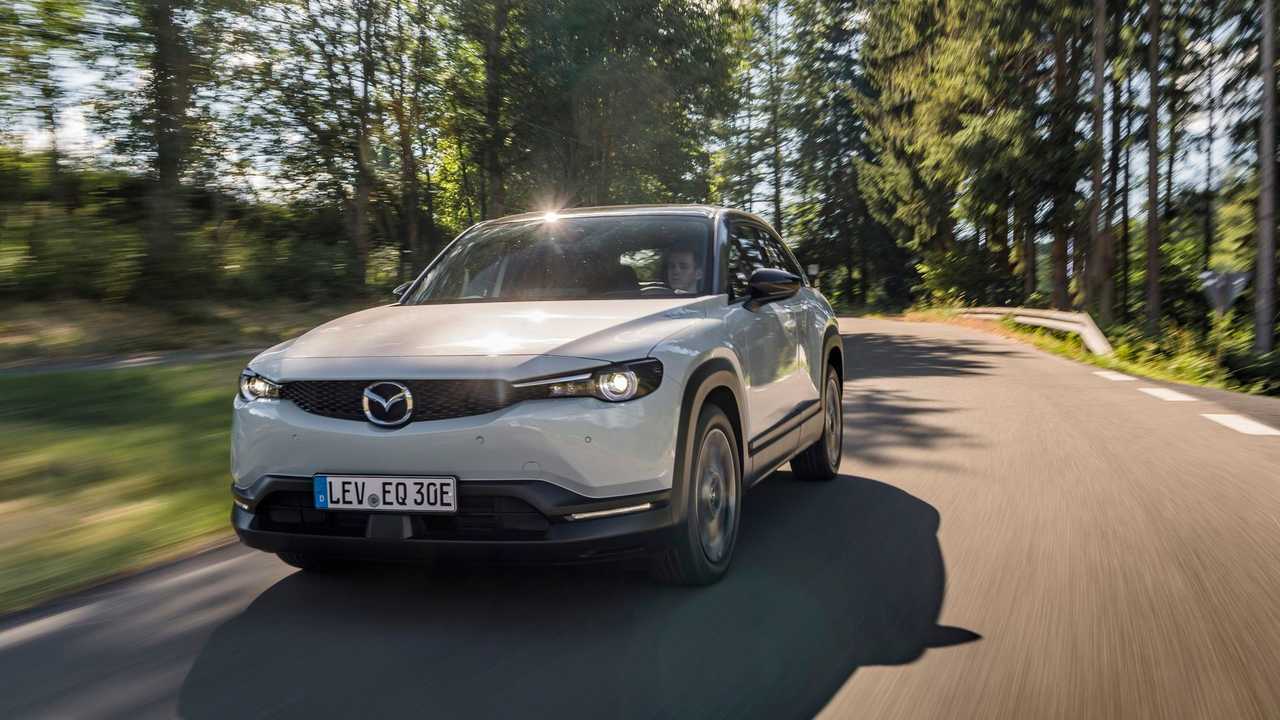 Jeff Guyton confirmed it will be sold in North America but did not give a date for that.

Call that a coincidence, but we think there must be a better name for what Jeff Guyton just did. Mazda’s president for North America confirmed to The Detroit Bureau that the company will sell the MX-30 in the US with a rotary engine for a range extender. That happened precisely when the discussion about whether PHEVs are a good solution or not is heating up. In a way, Mazda may help teach other manufacturers how plug-in hybrids should be done.

If you are familiar with the MX-30, it was presented as Mazda’s first EV. The sad part of the story is that Mazda told everyone it chose to give the car a battery pack of 35.5 kW because it believes a car must be light. A while later, it revealed the MX-30 would have a 2-liter gas engine e-SKYACTIV G with a mild-hybrid system, which shows the car was never conceived to be electric from the ground up.

This is part of the explanation of why the MX-30 is not doing well in Europe. In most countries where it is sold, Mazda is having to promote its sales with discounts of up to €4,000. The other part – the main one, actually – is that it offers a disappointing range of only 130 miles (209 km).

Despite these disappointments, the MX-30 will probably make a very capable plug-in hybrid with its rotary engine. At the very least, it will follow T&E’s recipe for a decent PHEV very closely.

Like the NGO argued a while ago, many carmakers are just giving their gas-guzzlers an electric motor and a small battery. The idea is to get them taxed more favorably and to win some of the advantages that should be destined exclusively for really clean cars.

Part of the issue is calling anything that also has a combustion engine a hybrid. One good example is the BMW i3. Sold without a range extender, it is considered an electric car. With the little generator it used to offer, it was automatically classified as a PHEV. "Electric car with range extender" would do it more justice.

To be fair, the Chevrolet Volt is a proper PHEV – since its combustion engine can also power its wheels – but it runs mostly with the power of its batteries. This is the model T&E suggested automakers should follow to deserve tax advantages and other government incentives.

In that sense, the MX-30 with a rotary engine will be very close to the Obrist Mark II, a prototype based on the Tesla Model 3 with a small battery pack and an even smaller zero vibration generator.

For most urban driving, the 35.5 kWh will be more than enough. If the MX-30 needs to make a road trip that exceeds its electric range, the rotary engine can recharge its battery pack spending as little fuel as possible. This is the best shot for people that want to have an electric car but cannot count on public chargers to travel.

Guyton confirmed that “the range-extender option would be more appropriate” for the American market. He also said Mazda does not believe electric cars are the ultimate solution for cutting CO2 emissions, something the MX-30 proves well enough.

The truth is the MX-30 was born to be a plug-in hybrid – or an electric car with a range extender, as I prefer to classify it. What must have prevented its presentation with that option from the very start is probably the Wankel engine. Although it can be a gas-sipping machine, it can also be very dirty if things go wrong.

About to turn 101 on January 30, showing the world how a PHEV would be a nice birthday present for the Japanese brand. Unfortunately, Guyton gave no perspective for that to happen.