The results of this test actually concern several other models based on the PSA's e-CMP platform too.

Fastned has released an interesting DC fast charging result of the Peugeot e-208 model, which - according to the manufacturer - is ready to accept up to 100 kW of power.

Before we jump to the details, it's important to note that the e-208 shares the same e-CMP platform, battery pack and electric motor with multiple other models, so the charging results can be treated as a general guideline for all e-CMP passenger cars. Fastned listed similar charts for several e-CMP EVs, so we guess the common results were confirmed.

For your convenience, here we list all the PSA e-CMP models, equipped with a 50 kWh battery:

UPDATE (March 7, 2021): We updated/corrected some of the numbers (average values) and the Average charging power chart.

Now, let's take a look at the average charging power matrix. It is not as good/"green" as in the case of Volkswagen ID.3 Pro (the ID.3 Pro has, however almost a quarter higher battery capacity - 62 kWh), but there is not that much to complain about.

Because the e-CMP cars can be equipped with 11 kW three-phase (standard or option, depending on model), there is not much sense to use DC fast chargers above 83% SOC if there is an AC charging point available (usually cheaper or sometimes free). 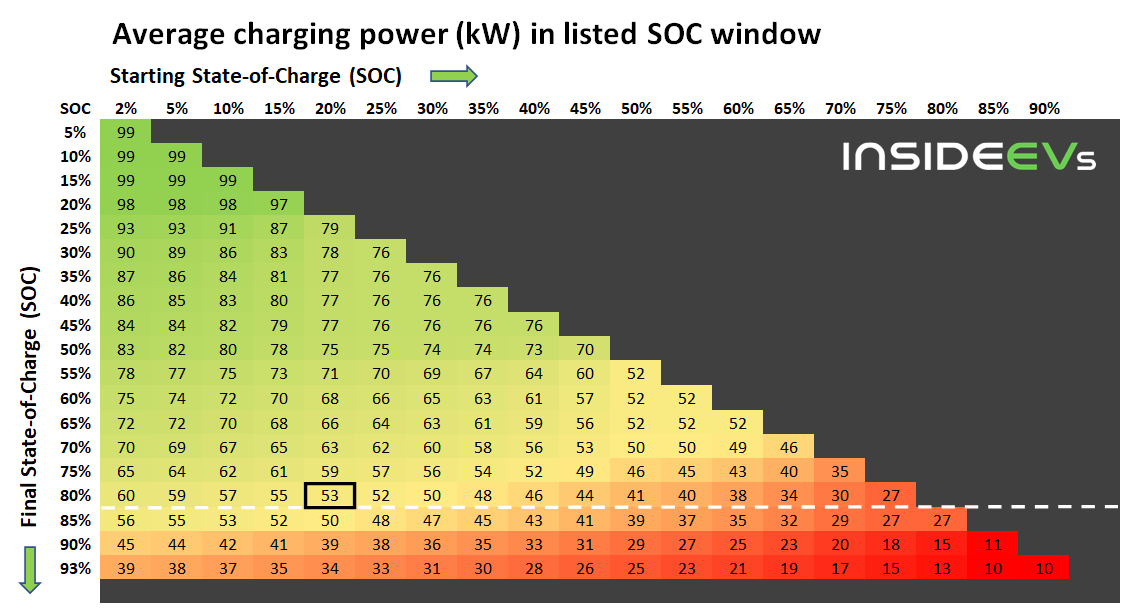 Assuming the 50 kWh battery capacity, the peak C-rate of DC fast charging is about 2C, which is great, but it does not last long. In general, the C-rate of the e-CMP pack is ok.

Taking the Peugeot e-208 as an example of the e-CMP family, for its WLTP range of 340 km (211 miles), and assumed available battery capacity of 45 kWh, we can guess that the energy consumption is somewhere around 132 Wh/km (213 Wh/mile), excluding charging losses.

In the future, we will check how it compares to other EVs, especially its closest competitors like the Renault ZOE.