Tesla Model 3 was the fourth most registered model for the month.

Some positive news comes from the UK, where passenger car registration in March increased by 11.5% year-over-year to 283,964. Not bad, considering the closed showrooms, although we must remember about the low base in March 2020.

The passenger plug-in electric car segment is booming. The total number of registrations more than doubled to a new, all-time record of 39,333 (up 112% year-over-year) and a market share of almost 13.9%.

"The shift to new technologies is continuing, however, with plug-in vehicle demand reaching its highest ever volume. Battery electric vehicles (BEVs) and plug-in hybrid vehicles (PHEVs) took a combined market share of 13.9%, up from 7.3% last year as the number of models available to customers increased from 72 to 116. Registrations of BEVs increased by 88.2% to 22,003 units, while PHEVs rose by 152.2% to 17,330. Hybrid Electric Vehicles (HEVs) also rose 42.0% to reach 21,599 registrations."

During the first three months of the year, more than 58,000 new passenger plug-in cars were registered in the UK at an average market share of 13.7%. 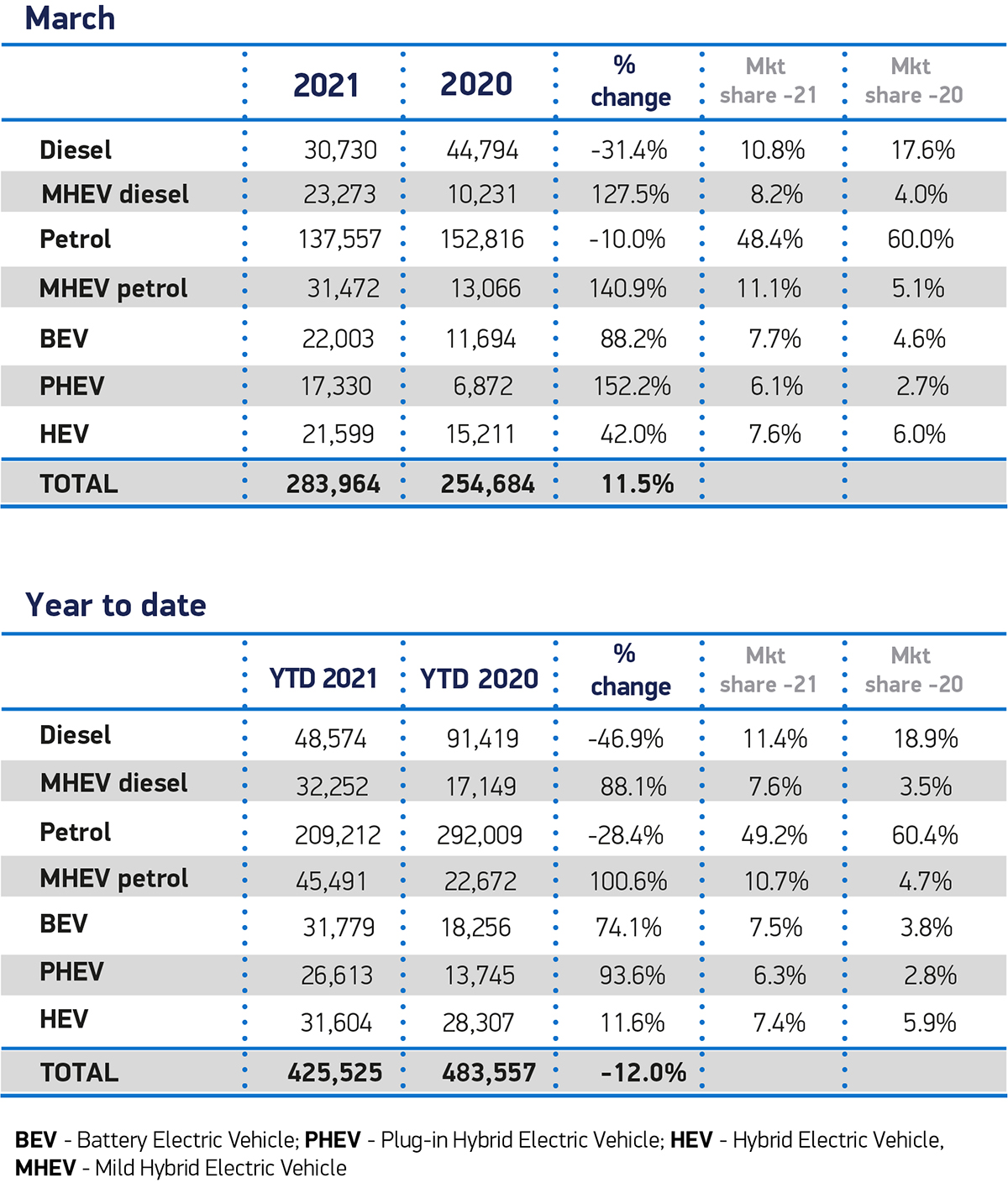 The list of the top models reveals that the Tesla Model 3 once again appeared in the top 10 for the month (Tesla usually delivers a high number of cars in the third month of a quarter).

The number of 6,585 registrations is the fourth-best result, although because of the weak first two months (for sure less than 800 units), Model 3 is not in the top 10 for the year. Anyway, it's an outstanding result - the best for all-electric cars we believe.

Volvo reports that in Q1 has sold 3,536 Recharge plug-in hybrid models, which is 25.3% of the total volume.

Volkswagen ID.4 Deliveries In US Start With 474 Units In March
Stellantis To Triple Electric Vehicle Sales In 2021