Tesla was forced to "ssslow down."

Tesla has barely started to clear an additional part of the tree farm at the Tesla Giga Berlin site (the permission was granted on November 30), but just several days later, works was halted.

According to Reuters and other reports, environmental groups complained that Tesla should not be allowed to cut trees due to hibernating snakes in the area.

"A German court has told the U.S. billionaire’s electric vehicle company Tesla to suspend clearing of a forest at the site of the proposed factory after environmentalists said that cutting down more trees could endanger hibernating snakes."

In other words, this part of the project needs to wait for better times (although a lot of the area was cleared in those few days), while the construction of the plant in the previously cleared part is moving forward without interruptions.

Let's take a look at what else changed at the site, as there are plenty of videos, recorded on December 5 and 6: 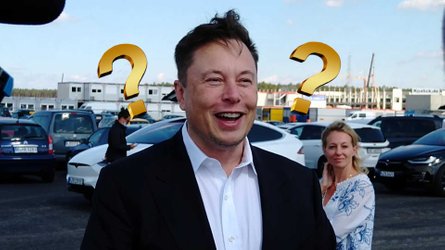 Tesla Is Having A Hard Time Recruiting Workers For Giga Berlin
⠀ 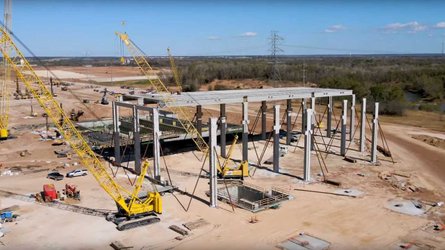 Tesla Giga Austin: Some Buildings Are Getting First Roof Elements