The Tesla Model S and Model X are included, with 115,000 units involved.

The Chinese government issued a recall on thousands of Model S units due to a suspension problem Tesla denied. InsideEVs asked NHTSA about the situation, and it said a previous investigation on these issues in 2016 found nothing wrong with the cars. Apparently, it was a matter of the components involved since the agency is now launching a suspension-related probe on 115,000 Model S and Model X cars made since 2015, according to Reuters.

These investigations would have been motivated by 43 complaints alleging failure of the left or right front suspension fore links. The Chinese recall has to do with the rear links of the front suspension and the upper linkages of the rear suspension on both sides of the cars. NHTSA has not mentioned any of these other concerns about the current investigation.

According to Reuters, the agency informed that Tesla has already issued a TSB (technical service bulletin) in 2017 about the front suspension fore link issues. It is the SB-17-31-001, dated from February 10, 2017. InsideEVs has mentioned this very document in an article published on October 6, 2020. A more recent one, published on January 3, 2019, says lower rear control arms should be replaced as well – SB-19-31-001.

In that article, we reported owners that had these parts replaced under warranty and customers that had to pay for the repairs themselves. We still get messages from affected clients wondering what will happen in their cases and our only answer is that Tesla did not reply when we asked it the same question.

According to NHTSA, of the 43 complaints about suspension failures, 32 happened in low-speed maneuvers, and 11 occurred while driving – 4 of them at highway speeds. Fortunately or unfortunately – we would not know how to define it – there are no autobahns in the US. A Swiss owner experienced one of these suspension failures at 200 km/h, as we showed in an article published on October 2.

Since that article was published, more Tesla owners reported the same issue on that thread: pccollege, Mark2017, hydrosla, ft90D, and probably others we have missed. A user that identifies as welbach posted that Doctor Tesla – from George Catalin Marinescu – had made the video above involving another affected car in Romania. By coincidence, Marinescu helped us on January 7 with another Tesla issue related to the Model X windshield. 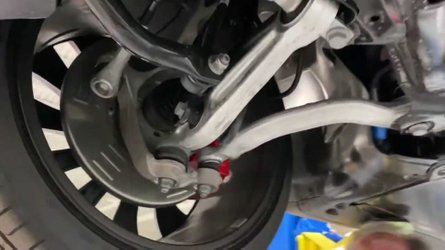 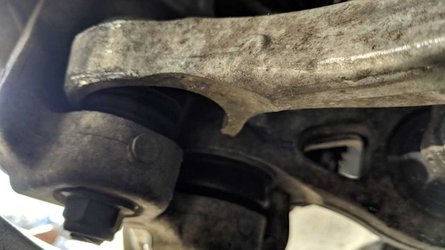 Some of the members of TFF-Forum.de are trying to contact German authorities to demand actions regarding the multiple suspension problems they are experiencing or personally witnessing.

Regarding the NHTSA investigation, the agency said "the complaints appear to indicate an increasing trend, with 34 complaints received in the last two years and three of the incidents at highway speeds reported within the last three months."

Without an engineering analysis of the broken parts, the new suspension investigation may end up like the 2016 probe NHTSA conducted, which determined "no further action was required" – the government's version for "normal wear and tear." We'll ask the agency to keep us posted on the investigation procedures this time.