Since the EPA range numbers for the Ford Mustang Mach-E are in (besides the GT version), we can take a look at how it stands against BEVs currently available on the market.

The only downfall is that Ford uses bigger battery packs, but let's give them time to improve the efficiency over time, and by the way, we don't know whether it's an efficiency problem or just a big battery buffer to start conservatively. 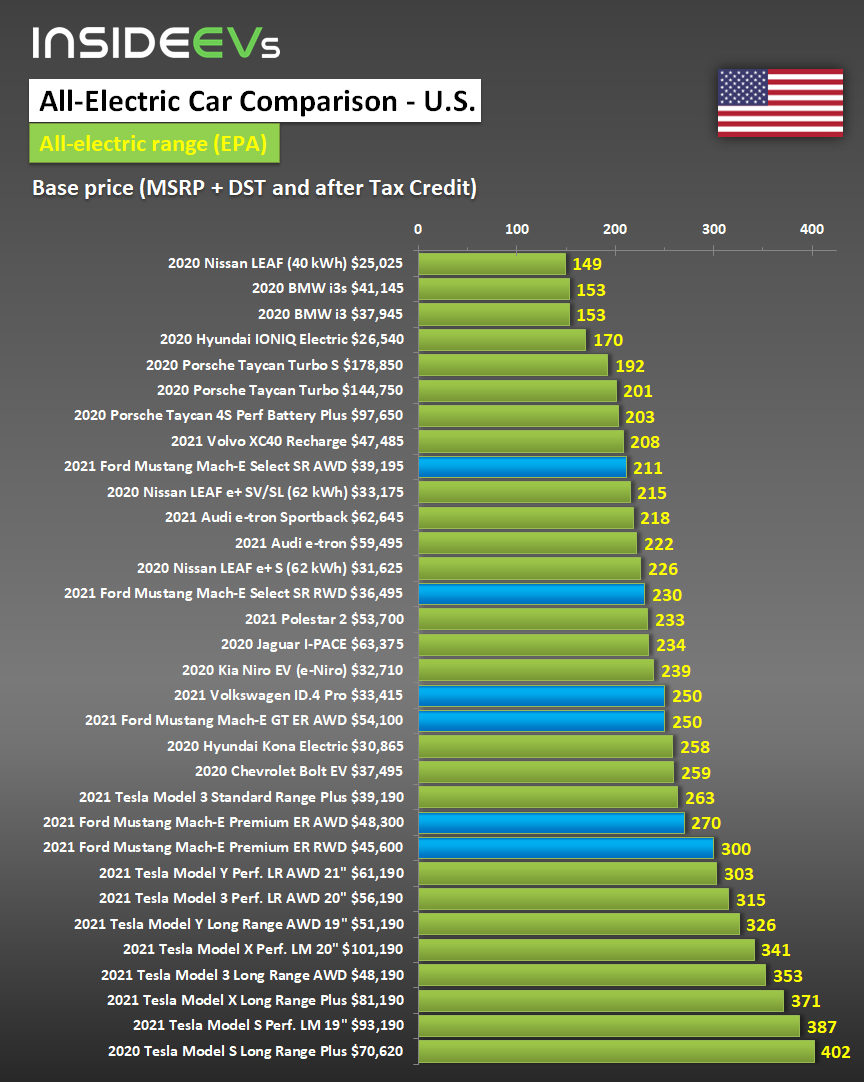 Even more interesting is the comparison of prices, as the Ford Mustang Mach-E (SR AWD) turns out to be the most affordable all-wheel-drive all-electric car (MSRP + DST, deducting federal tax credit).

Moreover, the Ford Mustang Mach-E is the most affordable model with a range of 300 miles: effectively from $45,600. 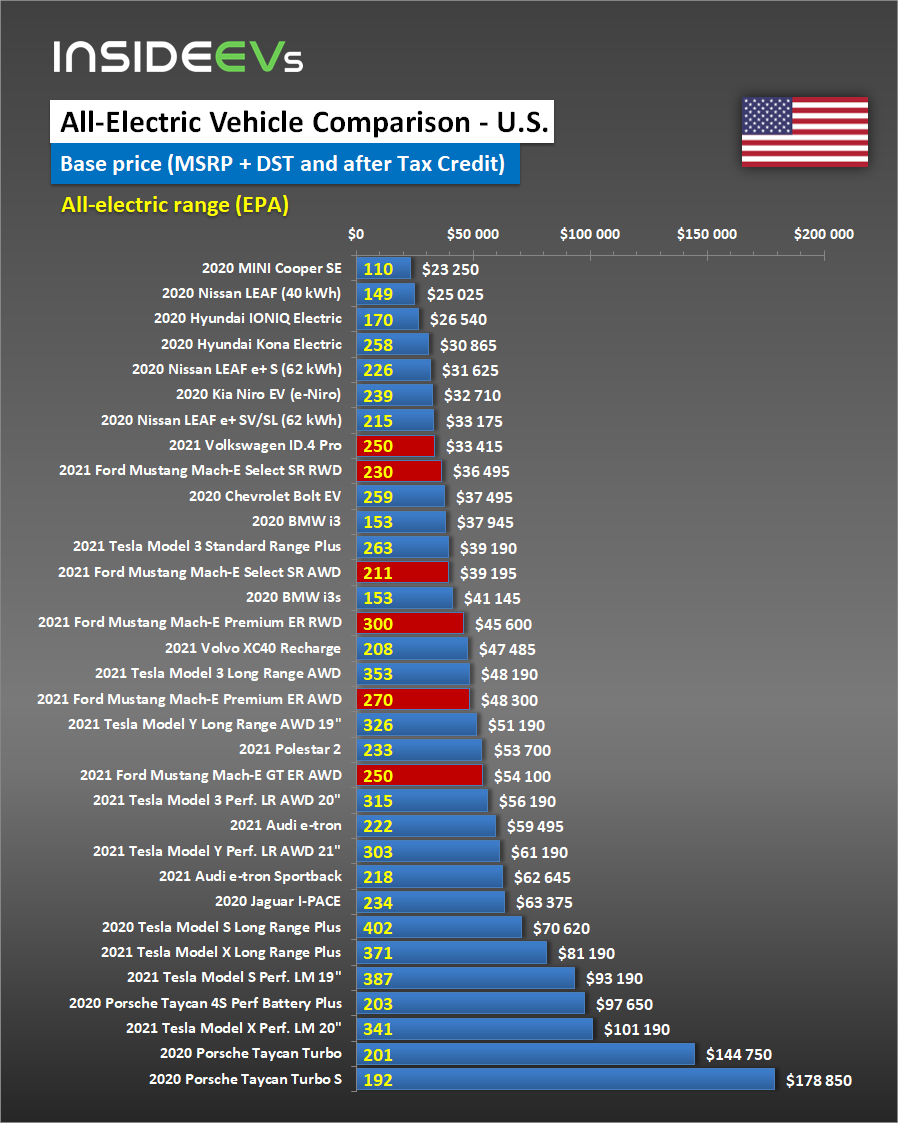 The Volkswagen ID.4 looks even better, as it's one of the most affordable BEVs with a decent estimated range of 250 miles (402 km). The difference to Hyundai Kona Electric is just $2,550 but you basically get more of everything. The same with Kia Niro EV (e-Niro).