The manufacturer tried to make it look like an accident, but we know we were supposed to see the design sketches.

Earlier this month we caught wind of a possible new JCW GP hardcore hot hatch from MINI was in development, but one with a big twist - it’s going to be fully electric. MINI already sells an electric warm hatch, in the form of the Cooper SE, but we expect something bearing a GP badge to be quite a bit more extreme.

The report suggested that it was going to look a lot like the recently launched JCW GP model, complete with its crazy aero treatment. Well, it would appear MINI really is working on such a model, and parent company BMW chose a bit of an uninspired way to announce and tease it.

Design sketches of the electric JCW GP are briefly shown in a video published on BMW’s official channel, called Chasing iNext - Episode 2. As its name suggests, the video is mostly about the iNext project (the fruits of which have been revealed as the iX electric SUV), but at exactly 3 minutes and 20 seconds in, they show a designer trying to hide design sketches, as if he didn’t want any of what he was doing to end up on video.

It’s quite obvious that we were supposed to see the sketches - you get a very good look at them if you pause the video. What they show is pretty much the JCW GP, but with different wheels and lots of yellow highlights - this confirms what the previous report stated and it looks like.

We can’t quite make out if the wheel arch flares are the same, but they are certainly bolt-ons, just like on the JCW GP, and it looks like the rear bumper is different too - there are no exhausts poking out and it is dominated by a big diffuser with yellow highlights. The wheels are also different, they feature a unique five-spoke design with yet more matching yellow highlights.

We drove the MINI Cooper SE and found it quite fun 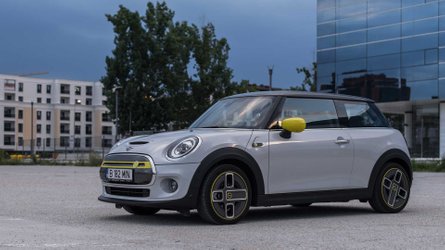 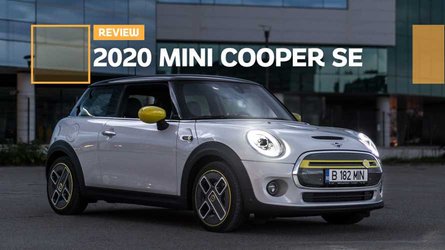 These are obviously design sketches, but MINI is apparently already in the prototype phase with this model. They are probably now deciding upon the final look of the vehicle. We probably won’t see it debut next year - the original source report speculated that we were more likely to see it sometime in early 2022.