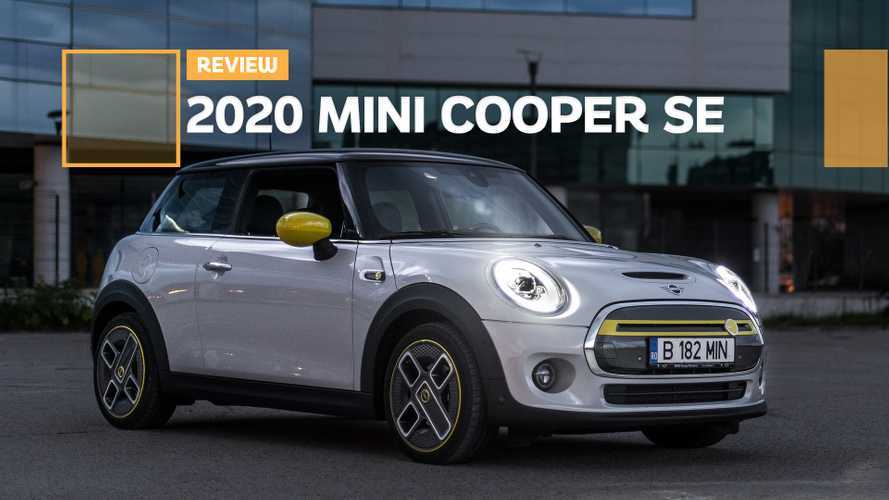 There are so many things right about the Cooper SE, but its lack of range limits its usability.

Even though my MINI Cooper SE tester was decked out with plenty of telltale bits that signal the fact that it’s fully electric, you can have one specced to look a lot more like the regular ICE variant. And this I think is what you should do because the engineers who made it happen went to great lengths to make it feel exactly like a MINI Cooper S, but with an electric motor instead of the turbocharged engine.

Ditch the Corona Spoke wheels (which have been renamed), the horizontal bit of yellow trim on the grille and the yellow mirror caps, and nobody will know that the car you’re driving is actually electric - they’ll just think it’s another Cooper S, albeit one that is eerily quiet. Yet the main reasons why people buy MINIs in the first place are still present: it’s fun and nippy to drive, it looks quite posh and it feels like a quality product.

If only MINI had fitted it with a larger capacity battery to just make it more usable, because with the 32 kWh pack (of which 28.9 kWh is its usable capacity), it only makes sense in town. And that’s a shame, because it’s remarkably fun to drive on a twisty road; it’s just that said twisty road is hard to reach (if you don’t live right next to it), since you’d have to stop countless times to replenish electrons.

The modifications MINI has made to the Cooper SE over the regular Cooper S are subtle. You can have it with the yellow horizontal bar on the grille, yellow mirror caps and the unique 17-inch rims, or you can have it without any of them. If you choose the latter option, only subtle ‘E’ logos and a yellow ’S’ badge on the rear set it apart, as well as the lack of a tailpipe.

It’s also worth noting that the Cooper SE is 18 millimeters taller than the Cooper S. This has apparently been done in order to protect the battery pack and in order to disguise it, MINI has given the SE slightly larger pieces of plastic cladding around the wheels. However, unless you park it next to a Cooper S, you won’t be able to tell the difference.

The rest of the design is standard MINI fare. It’s a wide and purposeful looking thing, with an upright A-pillar, squared off greenhouse and short overhangs. It also gets the revised rear light clusters which are designed to resemble the Union Jack, the national flag of the United Kingdom - these seem to draw a lot of attention and generally positive comments.

Finally, if you do go for the Corona Spoke wheels, which are now called Power Spoke, these are also quite noticeable. And even if they don’t look bad and fit the character of the car, if you have OCD, the fact that the blank spokes are never aligned might cause you some discomfort.

MINIs sacrifice some ride comfort for their go-kart feeling, and the Cooper SE is no exception. The suspension setup, though, is definitely a tad softer than on the Cooper S and while this results in a bit more lean through the corners, it also makes the car marginally more comfortable; the extra weight it carries might help ride comfort too.

The suspension is still quite firm, yet thanks to the fully independent setup, good damping and surprisingly good seats, traveling on longer journeys won’t put a strain on your back, unless road quality is really poor. However, this only applies to front seat occupants, because if normal-sized adults sit in the rear row, they will feel cramped and claustrophobic rather quickly; the back is only for children or smaller people.

Just like all other MINIs, this one has a re-skinned version of the BMW iDrive infotainment system. It does everything quite well, has a logically laid out menu structure, smartphone mirroring and EV-specific functions too.

Its interface is honestly good enough that you don’t really need to, say, always run Apple CarPlay, unless you need Waze or a similar app displayed on the main screen. One piece of tech that isn’t so great, though, is the head-up display which I kept off for the entirety of my time with the car.

The HUD in the MINI not only looks cheap and flimsy, but for my ideal driving position, no matter how I move where the information is displayed on it, it was always blocked by the rim of the steering wheel.

The way any MINI goes around a corner is one of this car’s main plus points. Few cars can match its poise, precision and surefootedness and this is no different in the case of the Cooper SE. It may be slightly heavier and a bit higher-riding, yet the difference between it and the gasoline-burning Cooper S is negligible.

The powertrain is also pretty good. The motor is borrowed from the BMW i3s, and it has the exact same 181 horsepower and 270 Nm (199 pound-feet) of torque, only in this application it powers the front wheels. That’s enough for a naught to sixty time of 6.9 seconds, or from standstill to 100 km/h in 7.3 seconds; top speed is limited to 150 km/h (93 mph) and this has been done in order to protect the battery.

On the move, the the Cooper SE has the kind of instant pickup that we’ve come to expect from an EV, even one that isn’t especially powerful. The rate of acceleration does seem to taper off after about 120 km/h (75 mph), but it still reaches its top speed very quickly. Oh, and on the open road, if you exceed 110 km/h (68 mph), range will start dropping dramatically, so keep this in mind if you want to go on road trips in your SE.

When the Insurance Institute for Highway Safety (IIHS) tested it in 2016, it got all Good marks in the crashworthiness category, even in the tough small overlap front crash test. Its headlights were rated as either ‘Acceptable’ or ‘Poor,’ depending on trim, while in the Front Crash Prevention category it earned an ‘Advanced’ rating.

According to the WLTP test cycle, the MINI Cooper SE should be good for 234 km (145 miles) on one charge, but that’s quite optimistic and really unrealistic. The EPA, though, is far closer to reality with its more conservative with its 177 km (110 miles) estimate.

I am confident you can actually achieve the EPA claim, if you drive it in Green+ mode only and apply all the hypermiling techniques you know. The way I drove it, the battery would be almost empty after around 120 km (75 miles), but that’s without Green mode and just driving around the way I do in an ICE vehicle.

As with all EVs, the SE has regenerative braking whose severity can be changed on the go. And this is all fine, but the problem is how you actually change between the two settings - you do it by flipping the toggle switch next to the starter and this has two disadvantages: you have to reach for it more than may feel comfortable and  you also run the risk of stopping the vehicle while it’s moving.

BMW could have instead assigned the function to the transmission selector whose Sport position (when you pull it towards you) is not used in this car. When you try to pull it in the SE, it quickly self-centers and nothing happens - this could have served a much better purpose as a toggle for regen strength.

Regarding charging, the SE can be charged at up to 49 kW via the CCS plug and this should bring the battery up from 20 to 80 percent in around 30 minutes. Using its 11 kW onboard charger, it takes around 3.5 hours to fully charge via a Type 2 connector.

As a practical proposition, the Cooper SE doesn't really make sense because of just how limited its range is. However, as a fun to get you around a city quickly, efficiently and cocooned in a BMW-esque premium package, it makes a lot of sense. It rewards the keen driver too, like any good MINI should, and as a dynamic package, it's definitely accomplished, but it's not for everyone.

Our owners are happy to talk about their all-electric MINIs with you.