BMW Reveals iX Electric SUV: An X5-Sized EV With A 100-Plus kWh Battery

The German manufacturer seems more concerned with the design than with releasing actual tech specs though.

Not long ago, BMW made fun of front-wheel-drive cars. Today, some of its best-selling vehicles come in that configuration. It was also proud of its cars' technical specifications, but the iX may indicate that this has also changed. The electric SUV that will take the iNext concept to production lines is more concerned about design elements than with power, torque, and dimensions – probably because they are polarizing, to say the least.

The only hints we have regarding how big the electric SUV is is the 3-meter (118.11-inch) wheelbase and that it would be as long as an X5 and as tall as an X6. It would also be extremely light for its market segment, but we have no idea what that represents because BMW did not disclose its weight.

We just know the car uses an aluminum spaceframe structure integrated with the Carbon Cage. This CFRP (carbon fiber-reinforced plastic) arrangement would comprise the “side frame, rain channels, roof frame, cowl panel, and rear window” to form a cage that protects the occupants. In the i3 and i8, these components did not make the cars particularly lighter.

The electric motors do not use rare earths, which suggests they do not use permanent magnets. They would allow the iX to reach more than 370 kW (500 hp), but BMW did not disclose exactly how powerful the electric SUV will be. It only said the 0.25-cx machine would go from 0 to 100 km/h (62 mph) under 5 seconds.

Even its battery pack is a mystery: more than 100 kWh. BMW says it will be enough for a 600-km (373-mile) WLTP range and more than 300 miles under the EPA FTP-75 test procedure. Nothing very specific until we get to the energy efficiency.

BMW says the iX spends less than 21 kWh per 100 km (62 miles). Make the math, and you get 3 miles per kWh. The Lucid Air achieves 4.5 miles per kWh, which shows it is 50 percent more efficient than the new electric SUV, even with its impressive drag coefficient.

The German carmaker did not release the voltage of the iX battery pack as well. It just said it would recover 75 miles (120 km) of range after only 10 minutes of charging and go from 10 percent to 80 percent of charge in 40 minutes at up to 200 kW. The Lucid Air can charge at more than 300 kW. 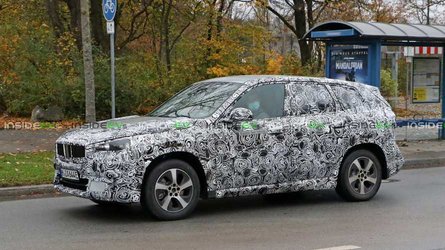 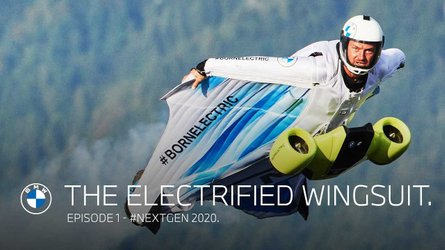 Regarding the design, you can see it for yourself in the pictures BMW released. The kidney grille got massive, the headlights are the slimmest ones BMW ever fitted to a car, and the company stresses it present shy tech inside and out, meaning it hides sensors, speakers, and other stuff. BMW says its badge works as the washer fluid's filler neck, implying it has no frunk.

All that said, it makes sense BMW is holding back the technical specifications for one of its highest bets ever on the EV market. They will not cause as much impact as BMW hopes the design might. For the company’s sake, it would better be a positive one among its fans.