After the Tesla's Full Self-Driving (FSD) system entered beta rollout on October 22 (initially only for a small group of testers in the U.S.), Elon Musk announced further steps.

"Now that Tesla FSD beta is out in limited release, FSD price (new or upgrade) will go up by ~$2k on Monday"

Those higher prices will apply only to the U.S. market right now, but the rest of the world will follow as the beta rollout will spread.

"Price change is pushed to Thursday next week. Applies only to US for now. One week clock will start in other countries as beta is released." 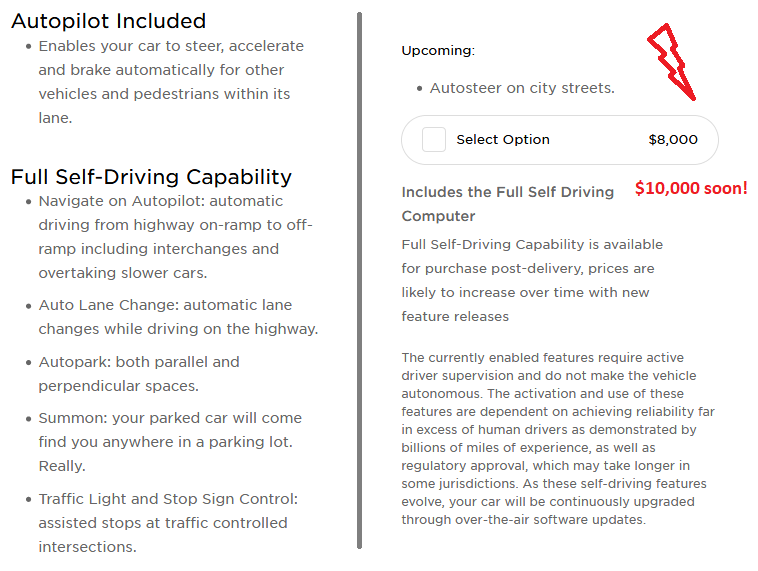 The second step will be the launch of monthly rental access to the FSD next year. It's not clear at this point whether it will be early 2021, or maybe late 2021, but for sure it will be another Tesla first, as no one ever sold the self-driving feature as a monthly rental.

What might it cost? $100, $500 or more (for a month)? And will it be offered for a shorter time like for a week, weekend or just for a certain mileage, like 1,000 miles? There are tremendous marketing possibilities on how to sell the feature.

⠀ Smart Summon Allows Tesla Model Y To Escape From A Very Deep, Big Puddle
⠀ California: Cruise Approved To Drive Without Human Backup Drivers
By: Mark Kane
++
++
Got a tip for us? Email: tips@insideevs.com