Elon Musk announced Tesla’s investment in extracting the most widely used metal in batteries from sand (Silicon), because it apparently stores up to nine times more Lithium compared to the same quantity of graphite (the material it is usually taken from). The technique needed to extract the Lithium from Silicon needed to be perfected by Tesla and it all sounds rather difficult to achieve and it requires salt (brine) to work. 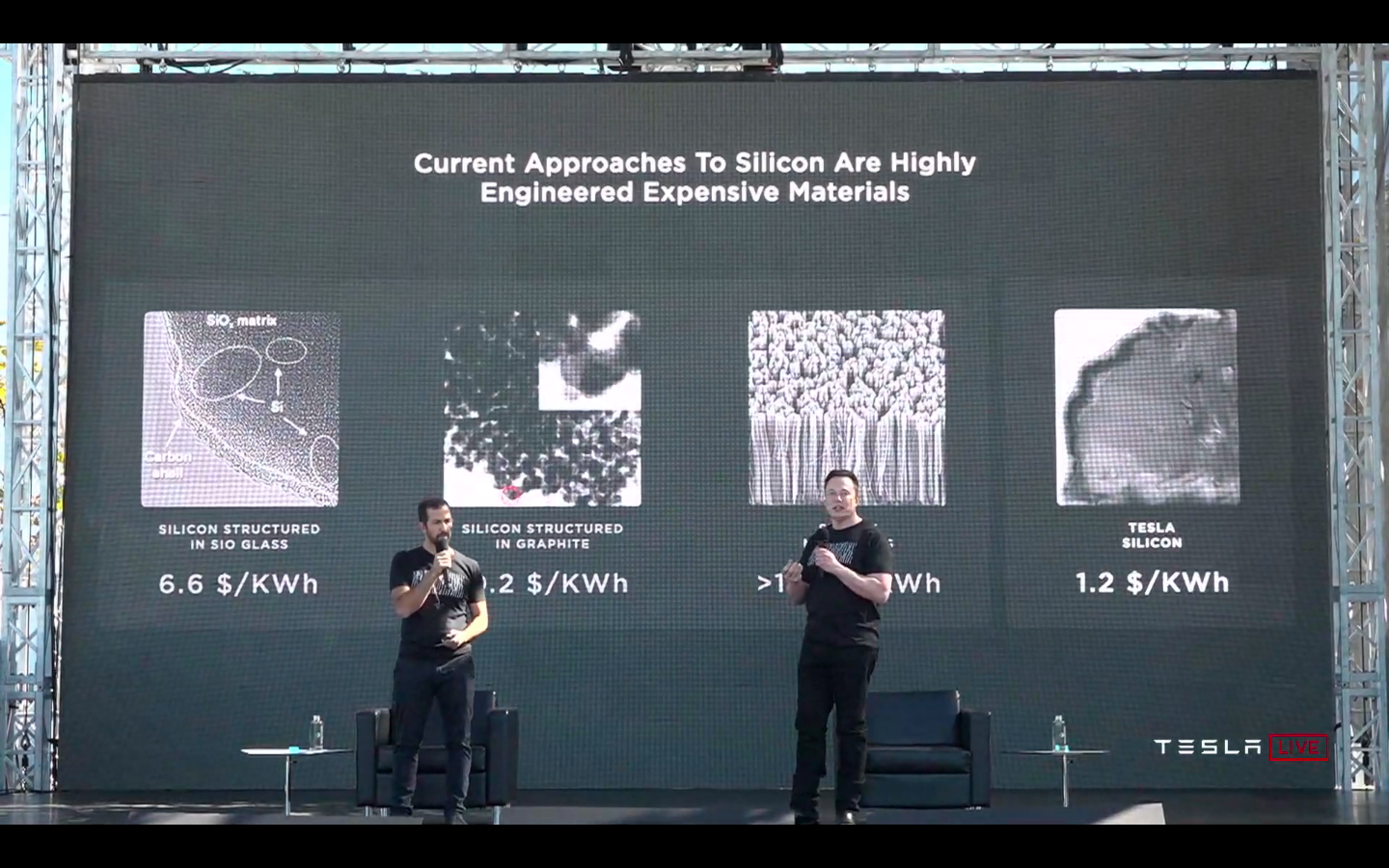 In Elon’s own words, “with Silicon, the cookie crumbles and gets gooey,” referring to Silicon’s 4x expansion when fully charged with Lithium. What this means is there’s expansion stress on the particles and after many charge-discharge cycles, they begin to crack and ultimately start losing capacity.

The biggest problem, though, has to be cost, because it is currently quite expensive to extract Lithium from Silicone - $100/kWh versus $10.2/kWh if it’s extracted from graphite. Tesla says that through its own technique, it will be able to drop the price to around $1.2/kWh. This is just one part of the company's plan to control the process from raw materials to finished packs being installed in cars all while dropping costs and environmental impact.