Lucid has already done more than enough to show Tesla will have to present really fantastic stuff at the Tesla Battery Day to try to stand against the Air. A 517 mi range, a 9.9-s quarter-mile time, incredibly small and powerful motors seem to be just the start of a long list of better numbers than the ones Tesla presented so far. The latest one is the video above, which recorded a lap time of 1:33 around the Laguna Seca Raceway.

If you don't know what that represents, Tesla established the record for four-door vehicles there on September 11, 2019. The time achieved by a Tesla Model S Plaid – which is still not available for sale – was 1:36:55, closer to 1:37 than to 1:33. In other words, the Lucid Air crushed another of the trophies Tesla likes to present to its fans.

According to the guys of the YouTube channel that recorded the video, called The Kilowatts, Lucid was probably testing its tri-motor powertrain, which implies it was not an official record, just a simple evaluation. That is reinforced by the fact that they said the lap "looked like a walk in the park," which implies 1:33 is just the beginning.

Being that fast and competent on a race track is not crucial for a four-door car – especially if it is a luxury sedan. Nonetheless, that was a strong marketing argument for Tesla when it started its career. To be honest, it was what made all the people that said electric cars were like golf carts look ridiculous and uninformed. Tesla made electric cars desirable, but Lucid wants to take that a step further. 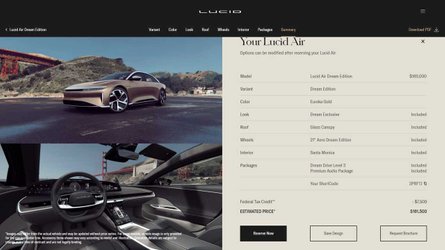 Lucid Air Configurator Does Not Reveal Packages And Extras Pricing
⠀ 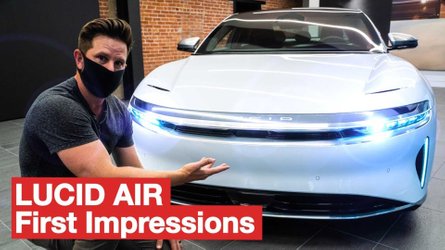 The Lucid Air Is A True Engineer's Car, According to Ben Sullins

Indeed, Peter Rawlinson's company still has to deliver its cars for customers to taste what 517 mi of range and 9.9 s covering a quarter-mile represent. Yet, the promises the Air was able to make so far will make its presentation be more than just a new car. Some will wait for it as if it was a new iPhone – or a new Tesla if you prefer.