Couche-Tard To Build Charging Points In U.S. And Canada

Another network signs on for electrification in North America.

Quebec-based Alimentation Couche-Tard, the owner of Circle K, intends to add charging points at its convenience stores and fuel stations in the U.S. and Canada.

The company already tried a small-scale rollout in Norway, where Circle K installed over 450 chargers at more than 80 sites, as well as started sales of home charging units. 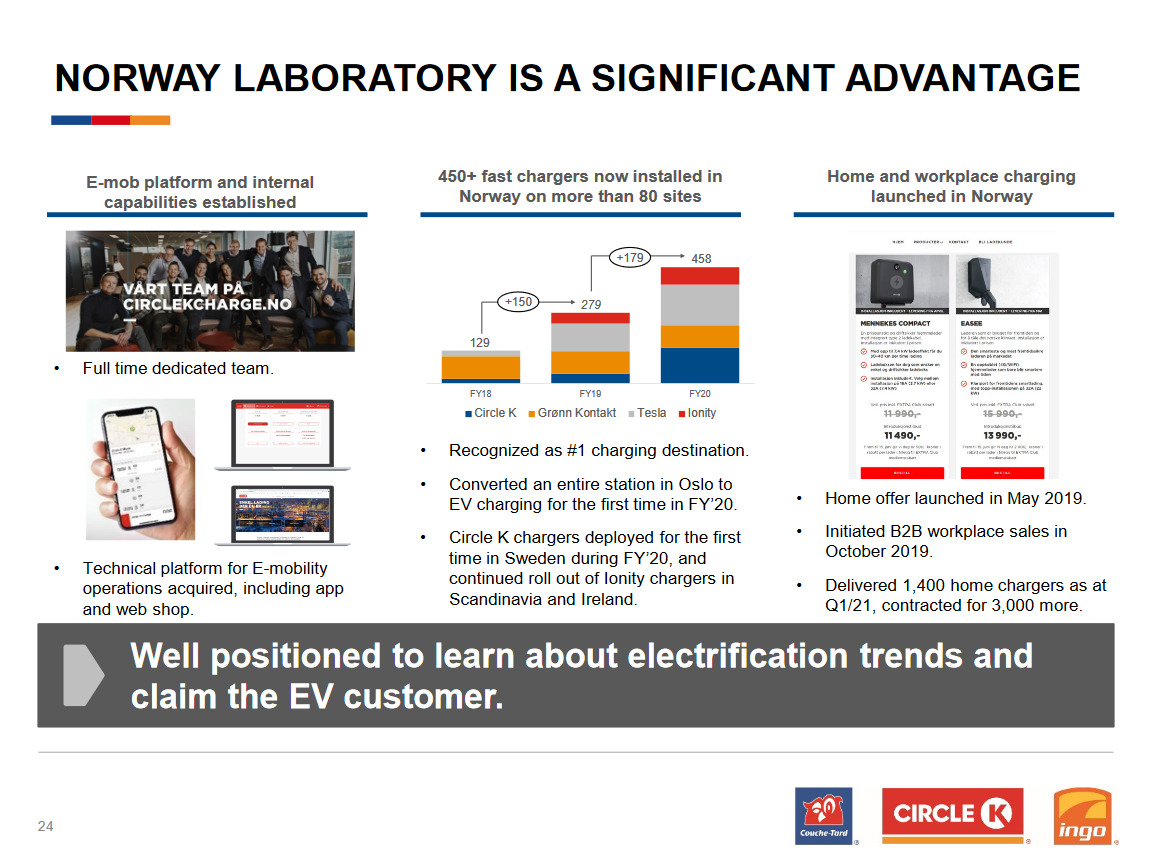 Broader in Europe, Circle K has some 150 charging stations, and by the end of this year, it's expected to increase the number to 200.

As the electrification expands, within 12 months charging points will be installed also in North America - initially in Quebec and on the west coast of the U.S. and Canada. Home charging units are also part of the equation.

According to Bloomberg, Couche-Tard's Chief Executive Officer Brian Hannasch said: “Our goal will be to follow the path we’re on in Norway.”

We guess that it's high time to start building charging infrastructure in North America, especially at EV-dense locations, as it might positively impact the results of convenience stores.