Could The Tesla Roadster Or The Upcoming Plaid Powertrain Arrive Soon?

It makes more sense for Tesla to focus on mass-market vehicles, but competition is coming.

Posted on EVANNEX on September 10, 2020 by Denis Gurskiy

There we were in late 2017, watching Tesla reveal their upcoming Semi truck. Granted, the Semi is a game-changer but it’s customer base consists of companies — not so much car enthusiasts. However, towards the end of the Elon Musk's presentation, there was a surprise. A Tesla Roadster rolled out of the back of the Semi on stage and the crowd went wild.

That was almost three years ago and while the hype for the Roadster might have quieted down, many are still looking forward to the electric supercar that's set to break all kinds of performance records upon release.

For those needing a refresher, the original Roadster was the car that started it all. When the new version officially launches, it should (once again) represent bleeding edge technology. Check the stats. Acceleration from 0-60 mph: 2.1 sec (1.9 sec with SpaceX Package). Range: 620 mph. Top Speed: over 250 mph. And don't forget — all that ludicrous (ahem, plaid) performance is not packed into a $2 Million Bugatti Veyron. The Tesla Roadster starts at $200,000.

However, aside from some tweets surrounding Musk’s radical SpaceX Package that would see cold gas thrusters being added to the car, there's been little mention of the Roadster.

Tesla has not officially delayed the Roadster. But Musk made some comments on the Ride the Lightning Podcast emphasizing, "The new Roadster is a kind of dessert. Do we really need the new Roadster to accelerate our progress toward autonomy or toward electrification? No.”

In an interview with Joe Rogan, Musk said (once again), "Roadster is kind of like dessert. We gotta get the meat and potatoes and greens and stuff.” According to Reuters, he went on to explain that the Cybertruck takes precedence and should be produced before the Roadster.

While the thought of the Roadster is cool, Musk is right to devote resources to electric cars that are attainable to as many people as possible. After all, the best play in sustainability is getting electric cars on the road today, not in some distant future. As far as I'm concerned, bring on Tesla's compact hatchback EV, now.

Sure, it's nice for automakers to have “halo cars” in their portfolio. But Tesla’s not really a company that needs a supercar to get more brand recognition. It's got a futuristic battle tank for-chrissakes.

Okay, we might not see the Roadster soon. But we may see some of Roadster's technology sooner than expected. No, not the tech Musk teased on Jay Leno earlier this year.

Let me explain. During Tesla’s battle with Porsche at the Nurburgring, we learned that Tesla would bring forth a Roadster-esque “plaid” powertrain for the Model S. This plaid powertrain would include three motors instead of two (along with a bigger battery and some aero enhancements). There's no doubt the development of Roadster contributed to the plaid powertrain making its way into a souped-up Model S which could arrive... you guessed it, before the Roadster. 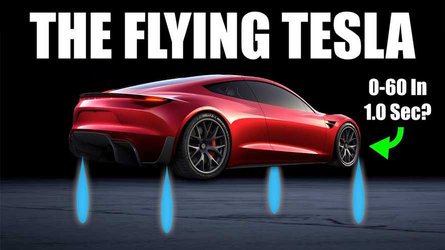 Can The Tesla Roadster Really Have Rocket Thrusters? How Will They Work?
⠀ 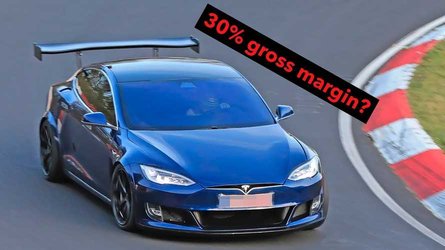 So while I’ll still pine over the Roadster, it wouldn’t surprise me if the release date will be pushed even further back.

But I have a theory. Perhaps we might hear something about it during Tesla's Battery Day. After all, promising over 600 miles of range probably requires a significant improvement in battery technology. Maybe the Roadster will reappear during the company's battery day presentation? Now that would be cool.