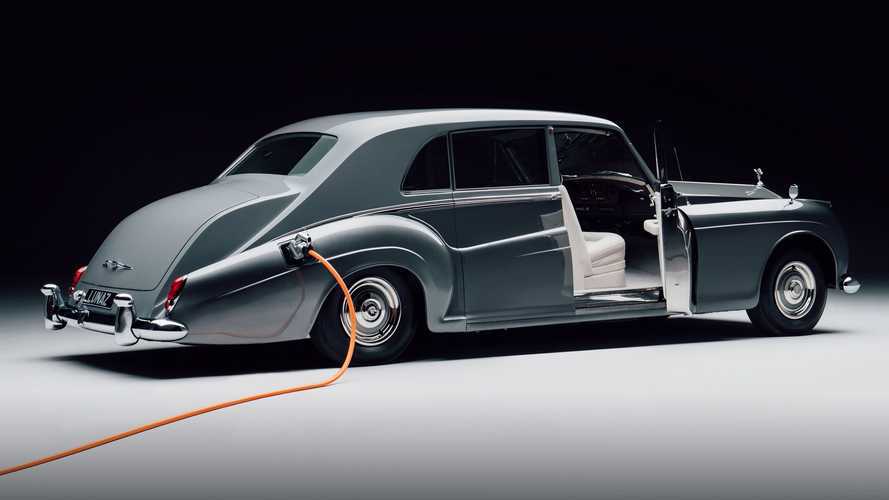 The only slight hitch is it costs as much as a brand new Rolls-Royce Phantom, so it's for millionaires.

We wrote earlier this year that because the demand for electrified classics was on the rise, Lunaz, U.K.-based company that specializes in EV conversions had doubled its workforce to keep up with demand. The company’s first product was a pure-electric 1953 Jaguar XK120, but if that was not opulent enough, it now offers a car that makes a lot of sense on paper: an electric 1961 Rolls-Royce Phantom V.

In fact, an old electric Roller is about as fitting as an EV converted classic could get, simply because no internal combustion engine can match the blend of smoothness, quietness and power provided by an electric motor. To top it all off, the guys from Lunaz equip their electric Phantom with a really big 120 kWh battery pack that is said to provide enough juice for a range of 300+ miles (480+ km).

Aside from swapping its powertrain for an all-electric one, Lunaz also uprates the car’s brakes, suspension and steering to ensure it drives as well as it possibly can. It also infuses the vehicle with plenty of tech it never had, even adding a modern infotainment system, complete with WiFi, Bluetooth and sat-nav, as well as a modern climate system; all modern gadgets are tastefully integrated so as not to upset the classic look of the car's interior.

The only slight problem preventing more people from owning one of these cars is the price, which starts at £500,000 ($655,000). Oh, and the fact that Lunaz only plans to build exactly thirty of them in total.

EV-converted classics are so darn expensive

And if this Phantom is too expensive, the company also offers a slightly cheaper battery-powered Rolls, which starts at a still-eye-watering £350,000 ($460,000). It is based on the smaller Silver Cloud, has a smaller 80 kWh battery pack, but according to Lunaz, its range is about the same.