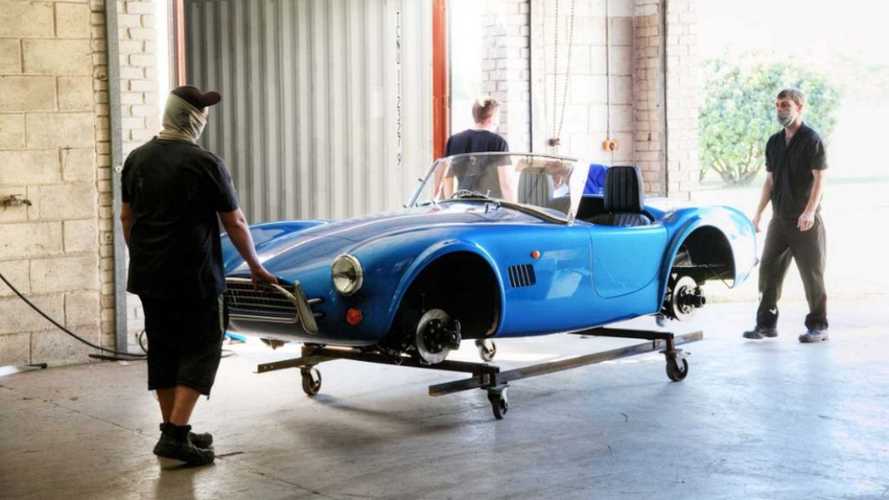 It will be built by AC Cars, the UK’s oldest automaker still in business, founded in 1901.

The AC Ace was a lightweight British roadster built between 1953 and 1963, but it only really became famous after Caroll Shelby dropped in a Ford V8 and produced the AC Cobra. AC Cars, the company that originally built the Ace (which was turned into the Cobra), is still building cars and has just announced it is relaunching the Cobra with electric or turbocharged powertrains.

The electric variant will stay true to the original 1962 Cobra in terms of looks, but underneath it will be considerably more modern (especially in terms of steering, brakes and suspension). Powering it will be a front-mounted 308 horsepower electric motor that should grant it a 0 - 60 mph (0 - 96 km/h) time of 6.7 seconds and a top speed of 120 mph (193 km/h).

Its battery pack has 54 kWh capacity and according to the manufacturer, around 150 miles (241 km) can be achieved on one charge; maximum charging capability is capped at 6 kW. And even with the added heft of a battery pack, vehicle weight is not excessive, at just 2,755 pounds (1,250 kg) - it’s roughly 330 pounds (150 kg) heavier than the equally new version equipped with a four-cylinder turbo mentioned below.

Electrifying classics is a growing trend

Is This Camouflaged Volvo P1800 A Factory Electric Restomod And EV Conversion?
⠀