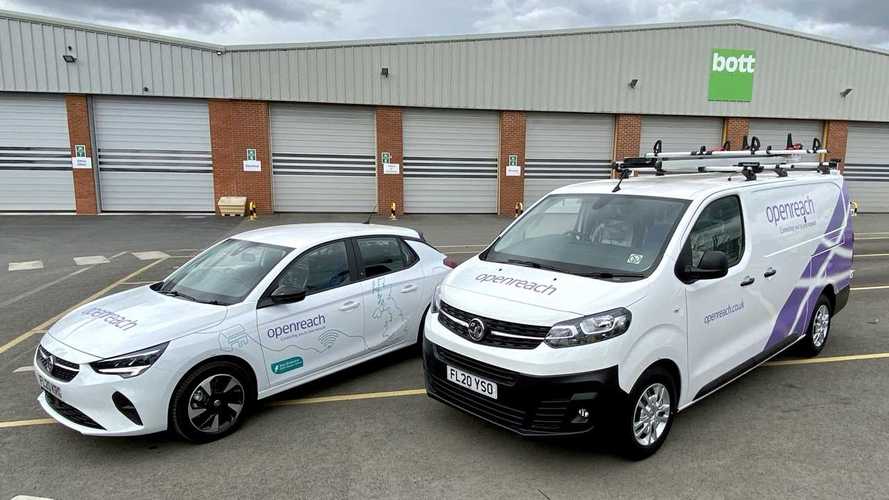 Vauxhall (British subsidiary of Opel) announced a significant order for electric vehicles from Openreach, which operates one of the UK’s largest fleet of about 27,000 vehicles.

Openreach ordered 270 Vauxhall Vivaro-e and 9 Vauxhall Corsa-e. That is about 1% of the total fleet, but we guess it will be quickly increasing over the next couple of years. At least, Clive Selley, Openreach CEO said that it's just an important first step.

Openreach is actually one of the companies that would like to accelerate the government's requirement for electrification (and move the target of 100% zero-emission car sales from 2035 to 2030):

"This comes shortly after The UK Electric Fleets Coalition, of which Openreach is a founding member, released its policy asks to the Government, asking for a target to be set for 100% of new car and van sales to be fully electric by 2030 (with exceptions for the small number of vehicles where this may not be possible). "

The deal for 270 Vauxhall Vivaro-e comes just weeks after the order for 1,000 units from British Gas. This is a sales level not seen previously for electric vans in the UK.

We guess that the PSA's mid-size electric vans will be really hot on the market, as the French group offers two decent battery options (50 and 75 kWh), while other manufacturers found themselves with entry-level battery pack capacities (usually below 20-40 kWh).