Honda Trademarks CR-Z Name: Is An Electric Sports Car On The Way? 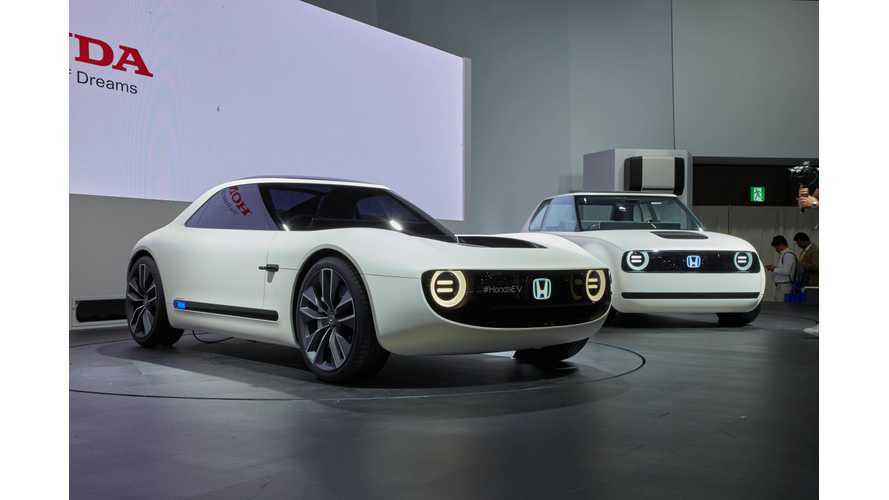 Or it could just mean nothing and Honda has simply trademarked the name so that another company doesn’t claim it.

Honda made the world’s only production hybrid car fitted with a manual gearbox, the 2010 - 2016 CR-Z, a rakish looking two-door that looked faster than it really was. Now it’s been nearly five years since it was taken out of production, the Japanese automaker has recently filed for a trademark with the US Patent And Trademark Office for the ‘ CR-Z ‘ name.

As MotorTrend correctly puts it, this could be entirely meaningless and it will not result in the creation of a car. Honda could just be doing it to prevent another automaker from claiming and using the name on another model.

At the same time, it could announce the return of a sporty two-door from Honda. And since the manufacturer is looking at expanding its portfolio of electric vehicles, it would make sense for this revived CR-Z to have a fully-electric powertrain.

It could be the sportier alternative to the Honda e EV city car and it would actually make a lot of sense. When Honda revealed the Urban EV Concept (which previewed the Honda e production car), it also showed what it called the Sports EV Concept (basically a sporty coupe body sitting on the same rear-wheel drive EV platform).

Check out the Urban EV and Sports EV concepts

So this could be the model that previews the new all-electric production CR-Z, although do take this with a grain of salt. That’s because even if Honda is planning to get the Sports EV into production, it could use a different name to all other vehicles in its range and thus the CR-Z nameplate might seem a bit out of place.