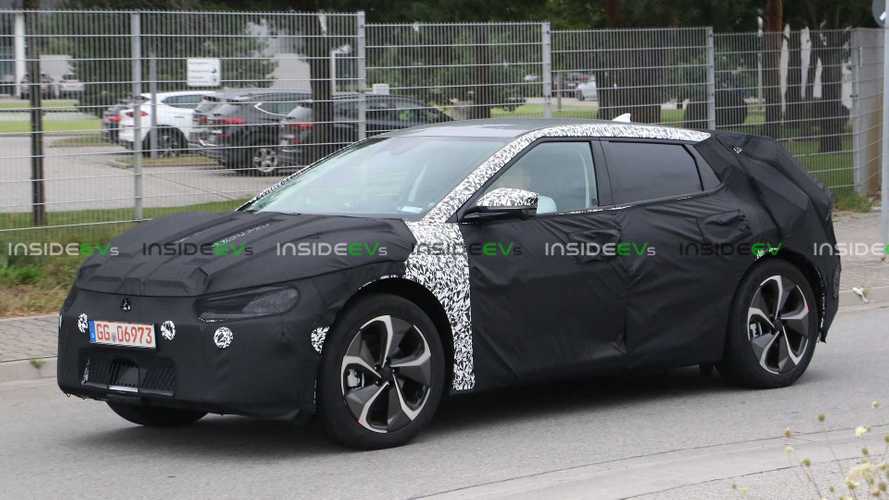 It is believed to be the production version of the ‘ Imagine by Kia ‘ concept shown in 2019.

Looks like Kia will be adding another model to its roster of electric vehicles and we have reason to believe it’s the production version of the ‘ Imagine by Kia ‘ concept revealed at the 2019 Geneva Motor Show. It probably won’t look exactly like the study, especially inside, but that does seem to be its inspiration.

Our spies caught a prototype that is concealed by heavy camouflage, but they are sure it’s a coupe-crossover and one inspired by the aforementioned concept. Other than that, we can add that it will probably be mechanically related to the series Hyundai model inspired by the 45 concept; they will ride on the same E-GMP platform, share motors and battery packs too.

Which concept is hotter: Imagine by Kia or Hyundai 45?

No word on what kind of performance Kia is going for with this model, but since the manufacturer has constantly shown that it can punch above its (perceived) weight, it could even be up there with the likes of the Polestar 2 or even the Tesla Model 3. In regards to its range, the vehicle is expected to be competitive - it is expected that it will be able to travel up to 500 km / 310 miles on one charge.

Fast charging will also be part of the package. We don’t know exactly how fast, but some rumors suggest that it could be as fast as 20 minutes, even though we don’t know if that’s from 20 to 80 percent or from flat to full. The model is expected to be shown in 2021 and as of right now we don’t know what its production name is going to be.