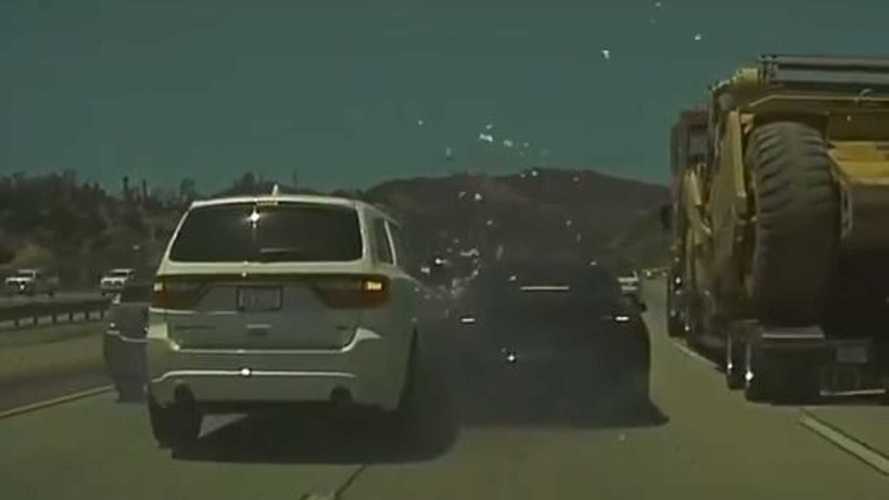 Autopilot was active at the time of the collision and applied the brakes to avoid hitting the semi, but it didn't cause this crash.

This TeslaCam video captures the moment when a semi swerves a bit out of its lane, thus forcing Autopilot to apply the brakes on the Tesla Model 3 to avoid a collision. But then, a big SUV that's tailgating the Model 3 slams into it from behind.

Watch the video below and note the oversized semi-truck that drifts out of its lane. The Model 3 driver says that as this occurred, he was about to apply the brakes to prevent an accident, but Autopilot stepped in and did so instead.

The damage doesn't appear too bad and the driver of the Model 3 says he's okay. From the video, it appears as though the driver of the Dodge Durango was looking for a gap to open, but as that semitruck drifted, that gap totally disappeared.

We don't fault Autopilot at all for this crash. Rather, the driver of the Durango who's following the Tesla too closely, as well as the driver of the drifting semi, combined to cause this wreck. The driver of the Tesla lucked out a bit in that the car didn't get pushed into the semi truck too. It seems he tugged onto the wheel to avoid hitting the big truck. But had the Durango just given some proper spacing, the whole disastrous event would've been avoided.